The Italian club A.C Milan have sacked The Dutchman coach Clarence Seedorf and appointed Filippo Inzaghi as his replacement. 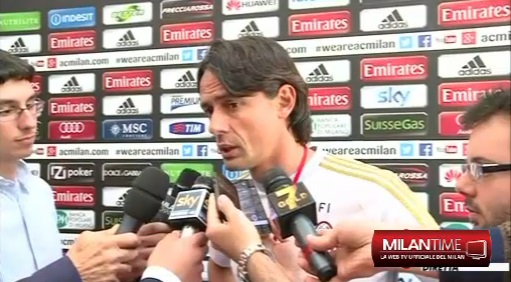 Seedorf run at AC Milan has ended. He was officialy sacked today. The Dutchman arrived in Milano at Janaury 2014 replacing the ex-Milan coach , Massimiliano Allegri.

He won 11 of 19 games as A.C Milan coach , but it seems that’s not enough to convince Berlusconi to keep him.

“AC Milan communicates to have sacked coach Clarence Seedorf and have entrusted the first team, through June 30, 2016, to Filippo Inzaghi,” was told in the AC Milan official website.

The new Ac Milan coach , Inzaghi has signed a two year deal. Previously he was Ac Milan primavera coach and he has no experiece as First Team coach with any other team before.

For the AC Milan official site, Inzaghi said : ” “I am delighted. Today is unforgettable. I thank President Berlusconi and all the club for the faith shown in me and the prestigious professional opportunity they have offered me.

I am honoured and proud to be the coach of team that I played in for so many years, a team and a club I have shared so many unforgettable moments with”

Now AC Milan fans hopes that he’s going to bring success as a coach like he did as a player.