Superb Juventus with 7 consecutive league victory was too much for the Rossoneri, not only that they  skipped Milan they also increased gap on the league table to 3 points. So Milan has no more right to a fault, must win and hope that the series of Juventus wins,will end. 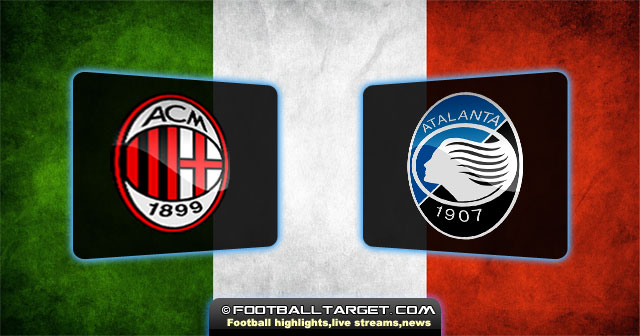 A mitigating circumstance for Milan they knocked out from the Champions League,so they are now fully committed to the domestic championship. Their performances are nonetheless  convincing,they hardly score,and  in the last 5 games have failed to score more than one goal.

In 4 of 5 of these goals “fingers ” had Zlatan Ibrahimovic, as either as assistant or as a scorer, it could be said that currently only the genuity of the Sweden keeps Milan in the race for the title.

Atalanta comes without any imperative ,as they ensure their survival and how they are playing away  best show series of three consecutive 0-0 results that they recorded on tour in late February and early March.

They, however in the last 6 appearances,5 times remained barren, without scoring the goal, and the only time when they manage to do so,its when they loaded the Napoli with 3 goals. If Milan except Ibrahimovic would have some player else in the mood they should took all three points here easily.

AC Milan will be without centre-back Thiago Silva, who  is  kept for the  derby against Inter on Sunday, while Philippe Mexes is not in good form, so Daniele Bonera and Mario Yepes probably would make defenders pair.