The new Serie A season 2014/15 AC Milan opens at San Siro against Lazio hoping to have better season than the last one. With the new coach Filippo Inzaghi and departure of their first Striker Mario Balotelli to Liverpool FC, Lazio could be a tough start as neither the Biancocelesti had a good last season. As AC Milan, Lazio has appointed new coach Stefano Pioli looking to change things to better this season.

Highlights – available after the game end 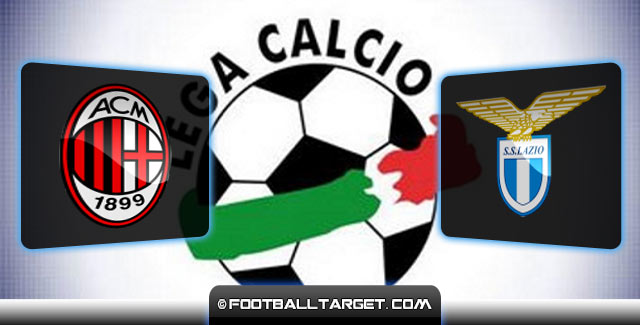 The last season for the Rossoneri was by far the worst in this century, as they ended Serie A campaign on the the eighth place, mainly thanks to some better games in spring.

Therefore it’s not surprising that in the past year the Rossoneri have changed three coaches. They started with Allegri, moved to their former player Seedorf. Yet even he stayed for a short-time so the club management decided to move to the new season with another Club legend, Filippo Inzaghi.

As for the players, at the San Siro have arrived goalies Lopez from Real Madrid and Agazzi from Chievo, defender Alex from PSG, Armero from Udinese, Albertazzi from Verona and winger Menez from PSG, while back from the loan back is the striker Niang.

AC Milan also purchased the contract of Valencia stopper Rami, while on the other side, the club have left goalkeeper Amelia, defender Constant, midfielder Emanuelson , Balotelli, Robinho, Kaka and Birsa while the loans for Silvestre and midfielder Taarabt have expired. Due to injury from a last season the midfielder Montolivo is still out.

The Biancocelesti like AC Milan last season have utterly failed as they failed to secure the places which lead to Europe competition, and eventually they ended on the 9th place. It’s not a surprise then that experienced Reja was sacked and a younger coach Stefano Pioli was assigned from Bologna.

To lift the club to higher place this season, Lazio have signed even 6 new players – Defender de Vrij from Feyenoord, Basta from Udinese, Gentilletti the Argentine San Lorenzo Braafheid from Hoffenheim, then experienced midfielders Parola from Parma and the attacker Djordjevic from Nantes.

On the other hand, only experienced left-back Dias and Biava and two attackers Kakuta – Postiga who were only on loan have left the club. Marchetti and Brayan Perea are sidelined due to injuries.