AC Milan boss Filippo Inzaghi is again under pressure after the surprising lose against Genoa away last week. The Milano side will try to secure the 3 points to get closer to their objective, 3rd position. On the other side, Napoli will look to extend their run of good form, as they did remain unbeaten for the last 11 games. 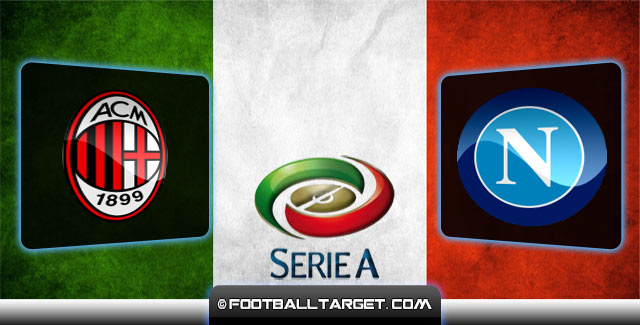 AC Milan
Inzaghi’s mens have won only 1 of the last 5 Serie A battles, a poor form that is keeping them away from the Top 3 of the table. Currently they sit 7th, just 5 points away from the 3rd place , Lazio.

Milan will find it hard tonight against a well constructed team like Napoli, with a deadly attack with Higuain, Callejon or Insigne, and a strong and compacted defensive line.

The Red and Blacks still got alot of defensive as Mattia De Sciglio, Abate and Alex are still unavailable for Inzaghi as they’re sidelined from an injury. Once again like in Genoa, we’ll see Bonera and Armero in the line up, also Mexes will play alongside Rami in the heart of the defensive line.

Like in every game, Inzaghi will come up with a different line up. In the midfield we’ll see Andrea Poli instead of Van Ginkel, alongside Montolivo and De Jong. Meanwhile in attack Bonaventura is more favoured than El Sharawy to play alongside Menez and Keisuke Honda.

Napoli
Napoli are heading to Milano with a long run of 11 games of remaining unbeaten in the Serie A, but still their fans are not very happy with that as they still stand 5th in the league.

Rafa Benitez admits that besides struggling, his opponent got quality players and a good coach and to beat them, his team must defend well to come out victorious from this battle.

“The Milan match will be very difficult, as we know they have quality players who can make the difference in a moment,” said Benitez.”We have faith in ourselves and know we must avoid the mistakes we’ve made in the past.”

The Napoli tactician will face AC Milan tonight without Christian Maggio, Michu, Zuniga or his star, Lorenzo Insigne. Maggio will be unavailable after the red card he got against Empoli last week, meanwhile the other absences are because of injuries.