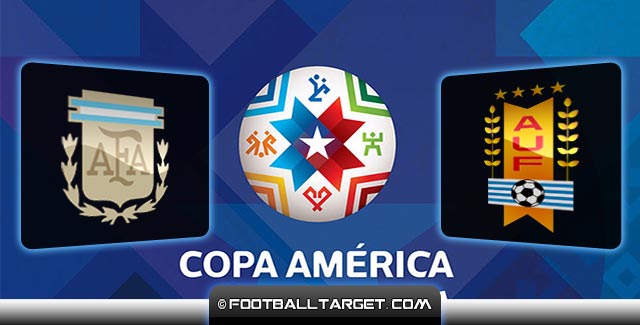 Second round of Group B is set to play tonight where Argentina in a replay of Copa America 2011 will face Uruguay. Back in 2011 in the final, Argentina celebrated with 3-0 but this time they face a possible problem if Leo Messi and company fail to beat the runner-up from 2011.

– Argentina v Uruguay is available worldwide, including the UK except for in the America

– Make a minimum 5 euro deposit get a bonus of another 5, and you dont have to spend it.

Argentina in first game had a 2-0 lead and the match looked to be finished, but Paraguay managed to bounce back and to score in injury time for the final 2-2. Uruguay on the other hand with a lot of problems and still without Luis Suarez barely beat Jamaica 1-0.

Cavani and company currently stand on the first place having 3 points while Argentina with Paraguay is on the second place having only one point.

Situation for the current holders is not critical, not yet, but a defeat against Uruguay could mean that Argentina wont depend on it self in the third and last round of a group stage.

Speaking of a draw against Paraguay, Argentina’s Gk Romero insist that his team mates will take only positive things from that game:

“Uruguay will not give away anything and, although they had a tough match against Jamaica, they played their game and their style,” the goalkeeper said.

“They also have dangerous strikers such as Cristian Rodriguez and Edinson Cavani.

“On Tuesday, hopefully we can play our game and if we play like we did in the first half against Paraguay I think it will be all right.

“The first half against Paraguay was not good, it was excellent. Argentina had the ball, kept it on the floor and generally played the game the coach wants.”

Uruguay’s boss considers that his team will only grow with the time:

“We will continue to work in these few days,” said Tabarez. “We were not at our best but that’s not the case just for us, not many teams arrive in their best form and it is widely expected that teams improve.”