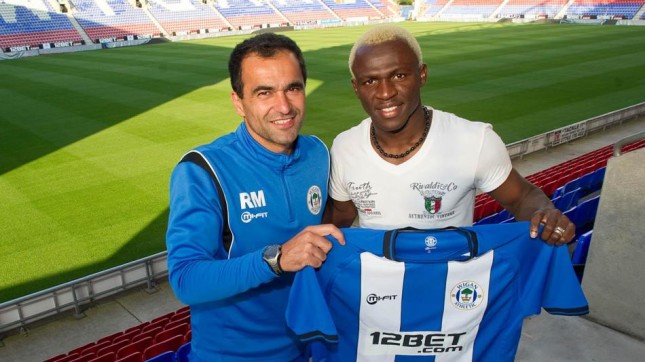 Koné said, “You always have ambitions as a footballer, and I don’t intend to play in the English second division.
“Wigan have gone down, which is a real shame. It’s up to them to set out their stance about my situation. I aim to play for one of the best clubs in England, and I hope I will get the chance.”

“I’ve had plenty of approaches,” added Kone. “I can’t reveal the names of the clubs.
“But Crystal Palace have gone up, and from the moment a club is in the Premier League that is good for me.
“I’m under contract with Wigan for two more years. But if there is an offer that is good for both me and Wigan I will seek to leave.”