Arsenal broke their title drought this year and fans thought that they will build from that success. It was not to be, as the year rendered more of the same old Arsenal leaving fans frustrated. 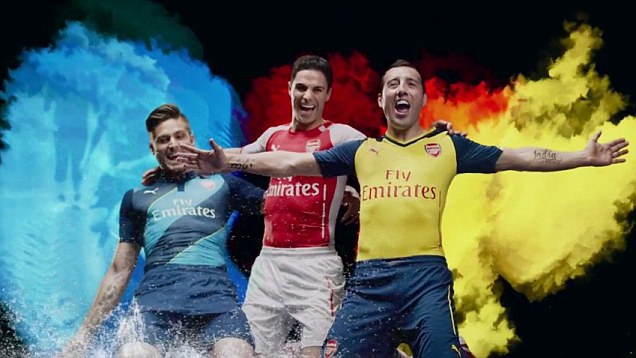 Arsene Wenger’s detractors taunt him for the lack of trophies. When Arsenal won the FA cup early this year, it was expected to be a new start. But, what followed wasn’t anything new as Wenger dished out more of the old!

Last year around this time, Arsenal was in the mix of things as title contenders. As the season wound, the credentials got battered on and off the field. Opponents knew how to defeat Arsenal – physical domination on the pitch. And, Wenger did nothing to change that.

At one stage, Everton looked set to leap frog Arsenal to the last Champions League qualification place. And, just like the old, Arsenal qualified fourth and maintained its record of European qualification.

In between these disappointments, Arsenal won the FA cup. A resurgent Aaron Ramsey was supposed to improve. But, just like everything else at Arsenal, he didn’t quite pick up this season.

Alexis Sanchez arrived from Barcelona and showed glimpses of his talent. But, there are too many square pegs in round holes and Arsenal still are way behind other clubs.

Frustrating fans are convinced that they are already out of title race. Only question is if they can qualify for Champions League. Ironically, if they continue to do so, it may no longer be considered ‘lack of desire’.

Arsenal still are challenging for Champions League. A last 16 match up with Monaco may not present a huge challenge. But, equally certainly Arsenal do not look good enough to go deep in the tournament.

If something has to change, Wenger should strengthen in January. A striker, a defensive midfielder and a defender should be top of his priority. But, the biggest worry is that Arsenal continues to remain the same old!

Prediction for 2015: Sneaking past opponents to 4th position and everything looking rosy again. Wenger could finally bid adieu and we may see a change of regime. Klopp, anyone?