The Gunners will try secure the second consecutive win in the Premier League today against Burnley , after a 2-0 win against Sunderland last week.Meanwhile the newly promoted side still hasn’t won a single match on the first 9 weeks of the campaign. Burnley has earned only 4 points in 9 weeks and they sit 20th in the League standings. On the other side, Arsenal sit 5th with 14 points, only -2 points from West Ham that stands in 4th position. 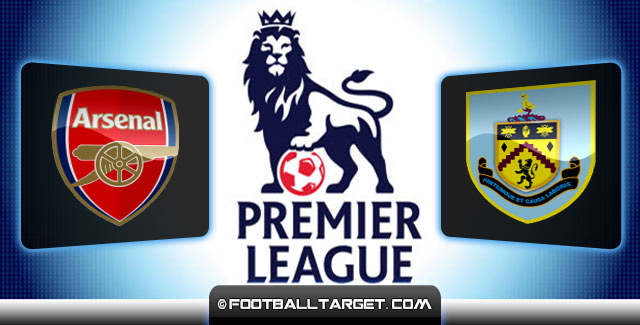 The North London side will not have it difficult to beat one of the teams who got the poorest defensive record on the Premier League, but still they have a lot of injury concerns.
In the defense, Wenger will not be able to play Debuchy and Koscielny once again this weekend, since both of them suffer an injury. Chambers and Bellerin are expected to fill the empty places in Arsenal defensive part. Beside the two massive absences in Arsenal defense, they may also suffer another one. Gibbs is in doubt for the match and he will be tested before the match.
The defensive part is not the only part that suffer injuries.Alongside Ozil, Gnabry and Diaby, Wilshere will also miss todays game for Arsenal since he got a knee problem. In attack, Sanogo is back from his injury ,but Giroud still remains out.

As mentioned above, Burnley still is looking to gain their first win on this campaign. So far they draw against Manchester United, Crystal Palace, Sunderland and Leicester City. Last season Championship champions got one of the worst defensive records. They line up 3rd on the list with 16 conceded goals.
Once again, Burnley will trust on their last season top goalscorer , as he found his first goal on the Premier League last week-end against Everton.