The English Premier League finally kicks off this Saturday with Manchester United vs Swansea City at 13:45CET, while a quite interesting game expects Arsenal vs Crystal Palace.  The Gunners, who finished 4th last year are looking forward to Crystal Palace challenge. The North London club will try to open the new season with a win , after failing to do so in the past 4 EPL editions. 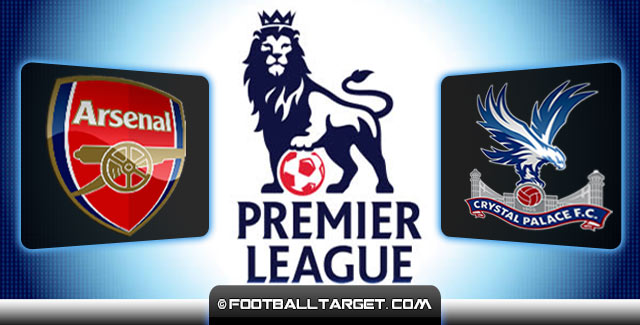 As mentioned above, Arsenal failed to start the season with a win in the past 4 years [ 3 looses and 1 draw ]. Anyway, Wenger side looks more strong this season , after a successful transfer market.

The Frenchman has brought to Emirates Stadium : Alexis Sanchez from Barcelona, David Ospina from Nice, Debuchy from Newcastle United and Chambers from Southampton. Most of the new signing are expected to debut tomorrow, and 4 of them are favourite to start from the first minute of the game.

Pulis sacking was a surprise- Wenger

Arsenal will possibly play a 4-3-3 tomorrow. Wenger will trust to Szczesny once again , since Ospina still suffer from a minor injury at his back. At defense we will have two debuts at Premier League with Arsenal shirt, Chambers and Debuchy. Chambers will play alongside Koscielny at the heart of the defense , meanwhile Debuchy will play at the right side and Gibbs will complete the defensive line at the left. At the midfielder we will see Ramsey, Wilshere and Arteta and at attack, Sanchez and Cazorla on the wings and Giroud as a Centre Forward.

Arsenal still suffer a lot of injuries like : Walcott [knee] which will return at September and Gnabry [knee].

Crystal Palace, who finished 11th last season, will try to make a surprise at the opening game, but without Tony Pulis. Last season’s Manager of the Year took a shocking decision by leaving the team just some days before the first game of the season.

Keith Millen , who is temporary replacing Tony Pulis is going to face Arsenal for the second time in his coaching career. At his temporary charge on October he faced Arsene Wenger side and lost 2-0. Anyway he got now a stronger team and a fully fit squad.