After knocking another Turkish side Besiktas to secure the Champions league Group Stage, Arsenal welcome Galatasaray hoping to enter first three points. In the first round Arsenal lost to Borussia Dortmund 2-0 while Galatasaray played at home 1-1 draw with Anderlecht. 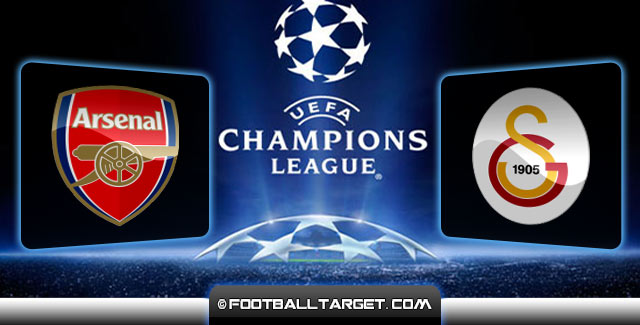 A year ago in London these two teams have played a friendly match which ended with a 2-1 win of Galatasaray.

Defeat to Dortmund was a first one for the Gunners this season, but in the next match, the Gunners suffered and another one. It was in the Capital One Cup against Southampton. In the Premier league’s opening 6 games, Arsenal enrolled two wins and 4 draws and currently they sit on the fourth place, the same one on which they ended the last season.

Last Weekend at the Emirates, Arsenal played against Tottenham, and even the Gunners were by far better team on the pitch the Spurs grabbed a point thanks to Chadli’s opener. Until the end Chamberlain manage to score a leveler. This game comes for Arsenal ahead of the big clash with the league toppers, Chelsea FC, but Wenger doesn’t have enough “room” to calculate with the first team, as another defeat would put the Gunners into big problems of “securing” the next stage of the Champions league. This means the first lineup should start, well when we say the first lineup, we think on available one, as Wenger has many problems with the injuries of players. Debuchy, Monreal, Arteta , Ramsey , Walcott, Giroud and Sanogo are on that list.

As for the visitors, they failed to enter “easy” three points in the first round game against Anderlecht at home. More difficult task now is ahead of them , as they need to take some points in London. In group with Arsenal and Borussia Dortmund, securing one of the first two places wont be easy, but Galatasaray new boss, Cesare Prandelli believes it’s possible despite a bad start of his team.

Galatasaray lost the Super Cup match to Fenerbache and in the opening three league games Galatasaray have only four points. Last week a win against Sivasspor boosted the team morale, and the gap behind the league toppers Akhisar is only three points. For this match Prandelli can’t count on the injured defender Telles.