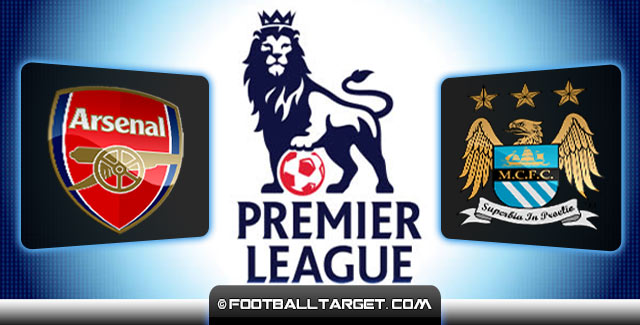 Both teams are eager to bounce back since the Citizens in the last round totally unexpectedly lost at home against Stoke City, while the Gunners pulled up only a draw away against Leicester City.

Ahead of the start of the new Premier league season 2014/15, Arsenal in the Super Cup smashed the Citizens 3-0, while last year Man City were better in the league encounters, after smashing 6 goals at Etihad and playing at Emirates 1:1.

This would be Arsenal’s seventh official game of the new season and it is interesting that in each of them Gunners showed different faces, still they are not yet defeated.

Thus, after the already mentioned triumph in Super Cup, the Premier league new season they opened with home victory over Crystal Palace and two away draws against Everton and Leicester, while all this Arsenal spiced with the placement in the group stage of the Champions League. A 1-0 Home win was enough for that after playing 0-0 in Turkey against Besiktas.

Wenger has traditionally has a lot of problems with the injuries in the locker-room,so this derby match will miss injured keeper Ospina, defender Koscielny, midfielder Ramsey, Diaby and Walcott, and the French striker Giroud. Kieran Gibbs (hamstring), Mikel Arteta (ankle) and Mesut Ozil (knock) have all been passed fit

On the other hand, at the end of the transfer deadline from Manchester United Arsenal landed the 23-year-old striker Welbeck who after scoring twice in England’s 2-0 win against Switzerland surely will get a chance to make his debut in Arsenal jersey from the first minute.

After losing the pre-season Super Cup game to Arsenal, the Manuel Pellegrini’s side for sure want to revenge themselves. Two opening wins , away against Newcastle and at home against the runner-up Liverpool , Manchester City looked very convincingly to win even this seasons’ title. Last round home defeat against Stoke City has shown the Citizens that there is no space to relax in any game in Premier league.

Jovetic who started three games and has scored 3 goals picked up an injury , while Negredo joined the La Liga team, Valencia. This leaves Pellegrini with only two strikers, Dzeko & Aguero. Pablo Zabaleta after picking injury with Argentina probably would be fit to play.

Zabaleta : “We are much stronger than we were a month ago and we will continue to improve and get back into our stride as each game goes by.

“That said, Arsenal are a very good team and it is always a hard game at the Emirates.

“They have improved their squad and brought in some great players to strengthen their title bid but we are looking to bounce back after the Stoke defeat and we will go there to win three points.”