Arsenal currently sit on the 6th place with 33 points, while the Potters are on the 11th having 26 points. The last four mutual encounters between these two teams ended with home wins. 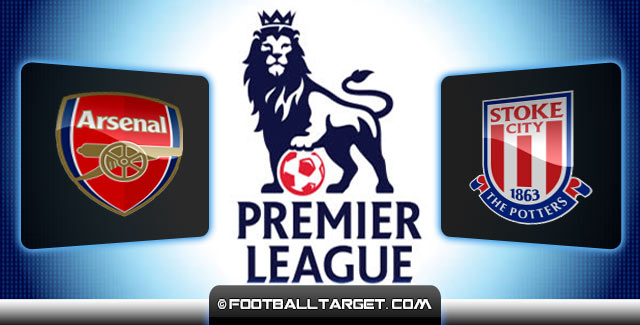 Arsenal raised their form especially thanks to Alexis Sanchez, and Arsenal boss is aiming to extend their good home form. Namely, Gunners are on a run of 5 straight home wins, while against the Potters they celebrated the last 10 times at Emirates. If we want to go even more back, Stoke City failed to beat Arsenal away since 1981.

Still a good home form, Gunners failed to carry on tour so in the first day of the new year Southampton beat them 2-0. Result which dropped Arsenal to the sixth place, and now Wenger’s side trails behind the fourth placed Manchester United who welcome Southampton this Sunday at Old Trafford, four points.

In the FA Cup, Arsenal enrolled a 2-0 home win over Hull City, but the important thing is that Wenger gave a rest as usually to some first team players. Wilshere, Arteta, Ramsey, Diaby, Welbeck & Sanogo are still injured so Wenger did not want to risk any new injuries. A good news for the Gunners is a return of Ozil.

Stoke are a very tough team, they beat us the last time and many strong teams struggle against them, but so far we found a way to defeat them in London, and we believe that this time we can do it again, said Arsene Wenger.

Stoke City in the last three games have won seven points, and in a draw against Manchester United Hughes’ side was denied for at least one penalty, but the team of Mark Hughes still has the right to be optimistic because of their good form recently and the Potters with some luck could have won even more points.

– Our good results lately give us the right to hope that we can break this negative series against Arsenal in London.

It’s nice to remember of our dominance in the first match vs Arsenal this season in which we won, and we try to repeat it- hopes Stoke boss Mark Hughes, who due to the African Cup of Nations remained without a great striker Mame Diouf, scorer of five goals, while midfielder Sidwell is still sidelined due to injury.

A good news for Mark Hughes is a return of Moses and Bojan Krkic after injuries, while a right to participate got a German defender Philipp Wollscheid, who arrived a few days ago from Mainz FC.

– It is always different and more difficult to play on tour, but we must believe in the positive result and look for ways to get the chance to score because it’s not easy to hold off only defensively.