Premier league football is back and is scheduled to start this Saturday.One of the games which are set to play today is match between Arsenal vs Sunderland.Certainly both teams wish to start successfully in the new season which means by winning three points from today´s match. 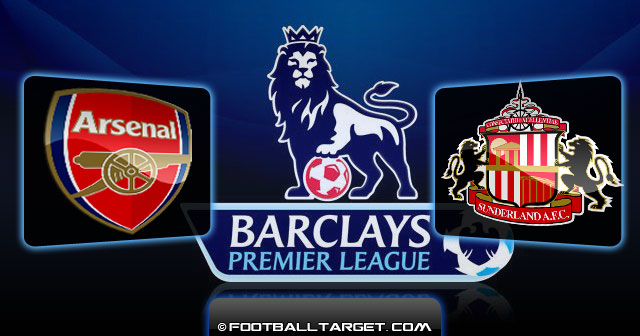 Gunners who doesn’t even remember when the last time they lift the trophy,are hosting their old “customers” at Emirates Stadium.Last season in their both mutual match Gunners manage to win,while in FA cup on an away match Sunderland was better team,however Arsen Wenger in that match has sent to pitch a really mixed team.

Last season Gunners have finished on the third place behind to Manchester clubs and the reason for this third place was their good run on the finish of the season where only Tottenham Spurs in the last few matches manage just to get close to them.

Arsenal set the goal for this season,and that is to try to compete and win the title,which will be really hard for them because Man Utd and Man City have strengthen their team even more,so its likely that in the end Gunners will be satisfied with the Champions league place.Along with two Manchester clubs,another London club,Chelsea after winning Champions league title and bringing some new players are likely to be in a battle with Man City and Man Utd,so Arsenal objectively doesnt have some good chances to win the title this year.

Another reason for that is that their first player and Premier league top scorer Robin van Persie leave them and has sign for Manchester United which surely will be a bnig handicap.However Gunners transfer window is still opened and there for sure will be more players coming in or out.

Alex Song is linked with Barcelona and how it seems that deal will be finished soon,so Arsenal manager A.Wenger if he want to compete for the title seriously this year will need to bring even more players because Cazorla,Micoud and Podolski will not be enough for them.

For this encounter with Sunderland anyway does not compete injured midfielders Wilshere, Frimpong and Rosicky ,Oxlade-Chamberlain while Walcott is doubt for now .

This is the first time since 2008 that Arsenal is opening the first match of the season at home ,while in the last 11 opening days fixture Gunners manage to remain unbeaten.

Last season Sunderland secured 13th place,but they in some time were able even to hit the top part of the table.Their coach Martin O’Neill have done a great job last season,and has pulled out the best from the team.Quality for something else than the midfield of the Premier league table they don’t have,so probably and this year they will finished somewhere from 10-16 place.

For now they brought Cueller from Aston Villa who will replace Turner who has leave to Norwich,while defenders Kyrgiakos,Bridge and striker Bendtner have returned to their clubs after the loans ended,while the new face for Black Cats is experienced striker Louis Saha.

Prediction : Arsenal is definitely the favorite in this match, especially since they are playing at home, but for now we willbe very careful with them at the very beginning of the season, where tip with over 2,5 goals is certainly to come much easier.Arsenal to win or over 2,5 goals.

Full match highlights and full match video will be available after the match.