The Gunners will host West Ham on Saturday at Emirates Stadium, hoping to continue their good form to 7 consecutive wins in English Competitions. On the other side West Ham will try to return to a positive result after losing the last two games. 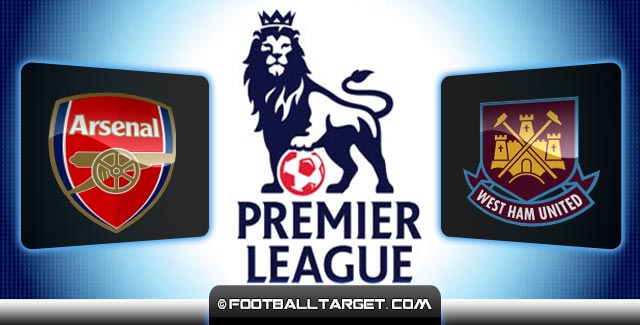 Arsenal
Arsene Wenger’s side is running in a good form after winning the last 4 Premier League games and beating Manchester United 2-1 at FA Cup on Monday. The Gunners has received plenty of plaudits for their performance against Manchester United as Danny Welbeck scored the winning goal.

Alex Oxlade-Chamberlain will miss West Ham clash as he got injured on Monday against Manchester United. Arsenal will miss some other players like : Gabriel Paulista, Jack Wilshere, Mikel Arteta, Mathieu Debuchy and Serge Gnabry.

Arsene Wenger looks ahead to West Ham game and their run in until the end of the season – as Alex Oxlade-Chamberlain ruled out for three or four weeks with hamstring injury.

The Gunners, who actually sits 3rd on the Premier League will start with Coquelin on the midfield as most of their midfielders [Jack Wilshere, Mikel Arteta, Diaby or Flamini] are injured. Meanwhile Welbeck will start again on the wing despite his desire to play on the centre.

West Ham
The Hammers are running in a bad form as they have won only once on their last
11 matches. Actually they stand 10th with 39 points in 28 weeks.

West Ham are having some serious problems as their most important players are sidelined.Enner Valencia, Enner Valencia Alex Song and Carl Jenkinson are unavailable to face the Gunners this Saturday.

West Ham boss Sam Allardyce hailed Arsenal’s performance against Manchester United on Monday and he admit that his side will need a bit of luck to get a positive result this Saturday.

“I watched Arsenal’s game away at Manchester United and everyone could see the quality they have,” said West Ham boss.. “We know how difficult it is at the Emirates, where we’ve actually gone in front a few times but not managed to hold on.

“We’ll go there and give it our best shot and see what happens. I think they have different threats from all over the team, which is why they are so difficult to beat, especially at home.”