In the second semifinal rematch of the European League hosts must “chase” gap from the first match, but unlike Valencia, Athletic football players need only one goal to pass on, considering that in the Lisbon , was 2-1 for Sporting. It only tells us that at San Mames we should see a bright and dynamic game until the very end, especially since both teams are currently in great form at the national championships. 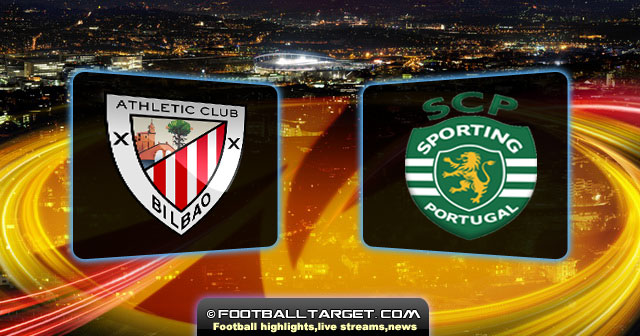 Thus, the Basques with three wins and just one draw in the last four rounds of Primera, come back in a position to fight for equity in the Champions League because now they have only four points less than fourth placed team, Malaga. But if they do not succeed in this, then certainly they will play in European league, where they already secured themselves a place with a placement in the finals of the Spanish Cup. But this great form from national championship is perhaps the most important for their confidence in this rematch of the European League encounter with Sporting Lisbon, where after the minus of one goal from the first match,will seek now win and passage to the finals.

And that they definitely deserved place in finals, best illustrated the fact that in the previous two rounds they have eliminated two great teams, Manchester United and Schalke, to which in four matches they managed to score 11 goals, while in Lisbon they also shake a keeper Rui Patricio net. However, after they took the lead they perhaps too soon withdrew, so persistent host use that on the best possible way and with two quick goals again turned things in their favor. But now chosen ones of coach Bielsa have a chance at home to demonstrate that they are still the ones who deserve to reach the finals, so we do not doubt that Llorente and company do their best to finally reach the highest success in their team career.

As for the composition, very important thing is that after the suspension ,defender Tell Martinez returns, while the young striker Muniain should also be fully prepared. On the other hand, this time due to two yellow cards offensive midfielder de Marcos is not eligible, while even before are out injured defensive players like Ocio and Castillo.

Just like their opponent from Spain, and the only Portuguese representative in the semifinals of the European league is currently in great form in the domestic championship, and so with four consecutive victories further consolidate fourth place at the table, while they also close to third placed Braga to six points.

However, it is hard to believe that they will in the remaining three rounds manage to overtake them, so this season will probably run out of the Champions League, but it is important for them to be back on the European scene, and in competition where they for several seasons achieving great results. Of course, this was the last and by far the most successful, because they even made it to the semi-finals after a 2-1 home victory in the first match, now have a very realistic chance to hope even to going into the finals of the European league.

For this task to accomplish, they themselves are aware that have probably to play their best game of the season, because except for the extremely motivated local players, on Thursday night against them they will have and a fanatical Basque fans. Therefore, the coach Pinto pointed out that is very important that his players enter into this match with ” cold heads ” and that they must not confined to defense, because it is a really risky move, so they try to press as soon possible their opponents to make a mistake and thus reach a very important goal.

And in that endeavor, this time they will not get help from the Russian fleet-footed striker Izmailov, who in Lisbon earned a second yellow card, while coach Pinto still can not count on injured defender Rodriguez and midfielder Rinaudo.

Although in Lisbon provided a good game, with return to theirs San Mames Basque footballers will definitely gain more confidence, so on Thursday night certainly they expecting victory, and their safe passage to the finals of the European leagues.And to achive that ,they will have to play another game extremely effective game,and given that from the guests is also expected a little more open game,we should see some goals here.So,Athletic to win and over 2,5 goals.