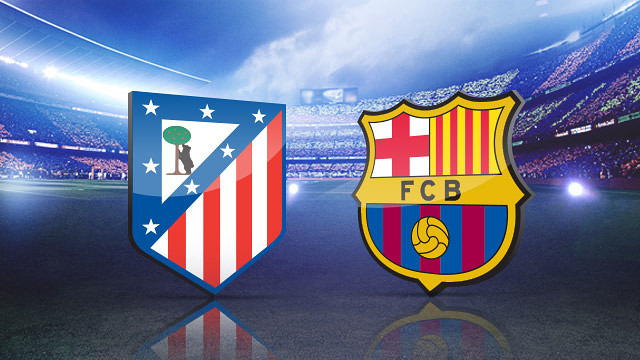 Seven days ago in the first leg match at the Camp Nou Atletico played well and parried with solid perfomance against the Catalans giant, Barcelona. The only goal, the winning one was scored in the last minutes of the game. Lionel Messi from a penalty was sure. Things are now different as the hosts, Atletico Madrid will need to score which for sure would leave more space behind for Barca deadly trio, Messi-Neymar-Suarez.

In the meantime, both clubs came to a convincing victory in the national championship and the focus was immediately shifted to tonight’s return of the Copa del Rey game at Vicente Calderon stadium in the Spanish capital.

After the defeat in the first match Atletico now as we said needs to hunt a win, and Diego Simeone knows the recipe for the passage:

– If we want to retain the chance of passing it is clear that all ninety minutes, every single minute, we have to go one hundred percent. Every minute we have to play as if it is the last in a match.

We will play strong from the first minute, a full Calderon will carry us and if nothing, I can guarantee that our right approach will satisfied the fans. A different game than in Barcelona await us. We usually at home take the initiative, and we will try to do the same now.

Diego Simeone can’t count on Koke and Diega Godin while Jeremy Mathieu, Douglas and Thomas Vermaelen are sidelined for Barcelona.