Tito Vilanova, former coach of Barcelona, recently passed away at the age of 46 after more than two years of fighting with tumors of the parotid gland. 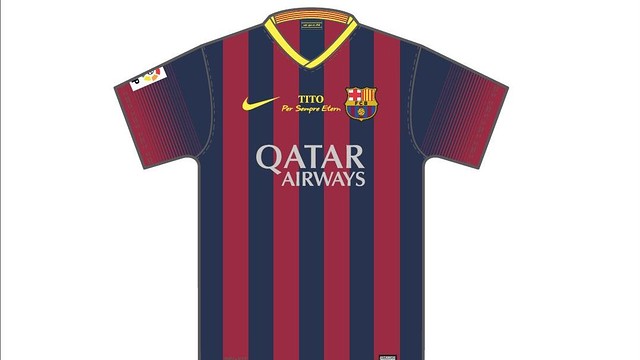 The club from the Camp Nou announced that the players will be wearing a special shirts with a farewell message for the late coach before the game with Getafe next Saturday. Before the game a video showing highlights of Tito’s life will be shown as well.

The words ‘Tito, per sempre etern’ (Tito, forever eternal) will be on the chest of Barca jersey .