Barcelona Claim Champions League Glory With a 3-1 Win over Juve!

Barcelona completed the famous Treble with a 3-1 win over Juventus in the Champions League final at Olympiastadion in Berlin. 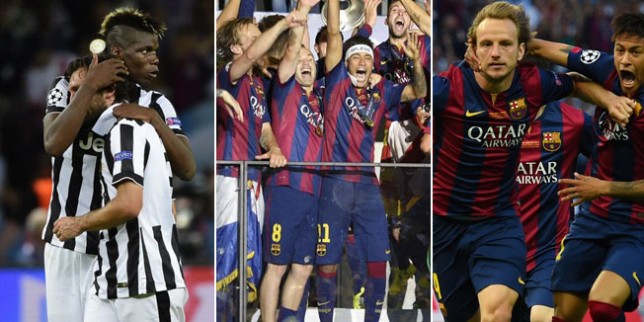 The Catalans who had already won the Spanish title and the Copa Del Rey, become the first team ever in football history who won Treble twice. Barca needed only six years to do it, and the first time the Catalans have won it under Pep Guardiola’s era. Guardiola has won it on the same way as Enrique, on his first season at Barca’s coach.

Barca opened the scoring already after four minutes over the Croat Ivan Rakitic on assist of Iniesta. Real Madrid’s “dump” out striker Alvaro Morata equalized the score in the second half. A questionable situation happen only few minutes later when Pogba and Alves were in clinch inside the penalty box and while Pogba and Juventus insisted on a penalty, Çakιr’s whistle remained silent.

In the 68th minute Barca retake the lead, when Lionel Messi runs with the ball over Juventus’ half, and from the edge of the box makes a shot, which Gianluigi Buffon rebounds to Luis Suarez who sends it into the net.

Two legends, Pirlo who most likely will end his career soon and Xavi to whom this was his last game ever for Barca 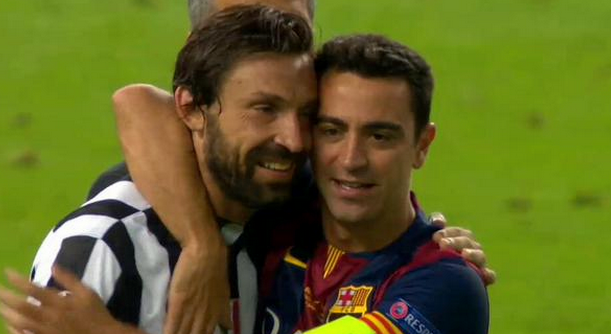 A few minutes later Neymar scores for 3-1 but his header deflects from his hand and Çakιr cancels the goal. However, in the last minute of the injury time, when Juve went ALL IN, Barcelona from a counter-attack over Neymar seals the deal with a final 3-1 win.

Barcelona enter the history as the first team ever to win the famous treble, Xavi breaks Champions league record with a number of appearances, while the Croatia international Ivan Rakitic who has scored an opening goal mark the history as the first player ever who has won both Europa league and Champions league in two season with two different clubs.