FC Barcelona has announced a new ​​official signing, as the Chilean Claudio Bravo from Real Sociedad joined the Catalan club. Bravo after the game between Spain and Chile agreed to a deal with Barca and on paper will be the second team goalie, but skills which he has shown so far in the World Cup suggest that he seriously can compete with ter Stegen for the place of the first goalkeeper of Barca in the next season. 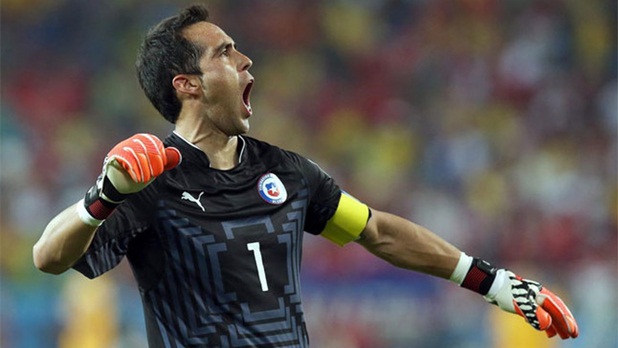 At the end of the encounter between his Chile and Spain, which Chile won 2-0, the clubs have confirmed this transfer and Bravo from the next season will play for Barcelona. Although it was expected that Barça sends one player to Real Sociedad, that did not happen, and Bravo was paid with the money.

The amount of the transfer is 12 million euros, and Bravo has signed for 3 years, with the possibility of extension for another year after the contract expires. Dos Santos was not involved in this transfer as it was suggested earlier.