Barcelona and Liverpool have officially announced today the transfer of the Uruguayan striker, Luis Suarez to Barca.

The transfer of Luis Suarez from Liverpool to La Liga giant has been officially completed, as Barcelona agreed to pay a sum of €88 million for the Uruguayan. Suarez shall wear number 9 which previously was wearing Alexis Sanchez who joined the Premier league side, Arsenal.

After a week of negotiations , the agreement was reached over the buyout price. The Reds insisted to more than Barca wanted to pay, but the Spaniards manage to negotiated a lower price.

The new Barcelona signing will land in Catalonia next summer to finalize the deal.The Catalan club made a statement in their official website that Suarez will complete his medical and will sign a contract that will keep him at Camp Nou for the next 5 seasons.

Meanwhile the English club also released a statement at the official website, where they admit that the agreement has been reached. The Club thank him for his contribution and also wishes him all the best.

“Liverpool FC confirms that Luis Suarez will be leaving the club after a transfer agreement was reached with FC Barcelona. The player now has permission to complete the usual formalities, which will then conclude the transfer.” – was said at Liverpool official website.

“We would like to thank Luis for his contribution and the role he played in helping bring Champions League football back to Anfield.

“Everyone at Liverpool Football Club wishes Luis and his family well for the future.”

Besides the ban for his unsporting act at World Cup, Barcelona still decided to buy him. Suarez will not be able to play for his new team until November 2014.

Even Luis Suarez did made a public apology to Giorgio Chiellini for his bite and to all his fans , FIFA did not cut his ban. FIFA have refused yesterday the appeal of cutting Suarez banning period.

Suarez was a player of Liverpool FC for 4 seasons, in which he scored 82 goals in 133 appearances.

The El Clasico next season certainly will attract more attention of football world as in Real Madrid and Barcelona will play the most biggest football stars. The new Barca attack looks very strong 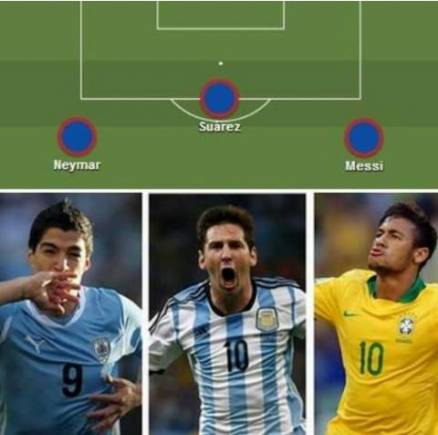