The left side-back of Valencia Jordi Alba (23) should become the first reinforcement of Barcelona in the new season, according to Marca. The Catalan club will spend only 20 million for transfers.. 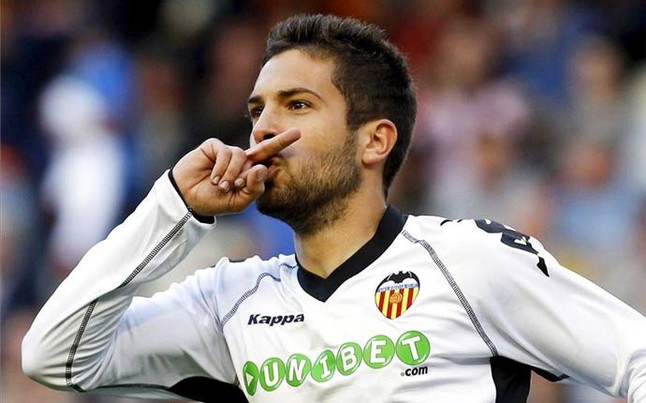 Barcelona president Sandro Rosell is ready to invest  20 million euros to bring new players in the summer, according to Marca.For Barcelona currently the biggest problem is the position of the left sideback since Eric Abidal is out of operation due to liver transplantation and is quite certain that he will no longer play football, and the club  sold in January  Brazilian Maxwell to the PSG. On the left side so the more recently also played Puyol and Adriano, but none of them is right for the position.

Therefore, the club has already started the operation of bringing Alba which contract with Valencia is valid until the summer of next year. It is estimated that transfer amount could be between ten and 15 million euros,and Barcelona wants to finish the work before the European Championships ,to avoid rasing price with possible good games in Poland and Ukraine. Also, Marca says that Valencia wants to finish the transfer before the Euro because of fear of possible injury of his players, which could destroy the business.

Another target for Barcelona’s upcoming summer should be Milan’s central defender Thiago Silva. But he certainly will not be cheap and Barcelona will need to sell some players to provide funds for him.