In a second match of Champions league this Wednesday ( Barcelona – Milan Preview) German giant will welcome French Olympique de Marseille at their Alianz Arena.First match a week ago,in France at Velodrome Bayern win comfortably with 2-0,with goals of Robben and Gomez.However,even if result suggest different it wasnt so easy match for Bavarians,as Marseille had their chances to,but that night Bayern was overall better team and deserved a win.It seemed like Marseille let possession of the ball to Bavarians,and oriented to counter attack,of course as result suggest it wasnt the best idea for them. 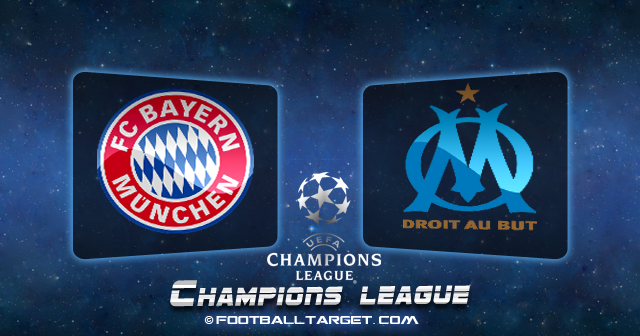 In this second leg match they will need to show more aggression in attack,and to opens up,it they even intend to do something serious in Munich.Marseille group match against Bundesliga reigning champion,Borussia Dortmund showned that they are capable of scoring more than two goals on away matches to german teams.However,last time when Bayern lost by two goals difference at home was last year from borussia Dortmund when Borrusia footballers went on to win the title.

Marseille is really in terrible form where they have lost their last seven games in a row,after which they draw with Nice at home 1-1 and lose against Bayern 0-2,so things are not so well for them.To contrast Bayern is on excellent run of form,where they have won last nine games played at home in all competitions.Goals statsare  incredible,as they score 32 goals and concede just four.Everybody smart enough knows that Complacency is a dangerous enemy,and Bayern coach Jupp Heynckes is fully aware of that.

Even if they are comfortable with 2-0 advantage,Bavarians wont allow any leisurely in their rows,and Bayern Munich coach Jupp Heynckes has promised to field his strongest side to the pitch.Expectations are big,of course its a quarter-final of Champions league,and if they manage to procede further Spain giant with controversy coach Real Madrid is expecting them in semi-finals ( Real won away match with 3-0 against APOEL,and really thats the end for APOEL ).

“My line-up will not be influenced at all,” Heynckes told a press conference.

“Also, I think we have very intelligent players in our team who know how to behave on the field.

“Of course we have a psychological advantage from the result of the first leg, but against Dortmund (when they came from behind to win 3-2), Marseille proved what they could do in the Champions League.”

Mario Gomez
“Of course I am a striker and will score many goals, but the team’s success is an absolute priority,” Gomez said.

“I’m not crazy and I don’t compare myself with Messi. He is perhaps the best there ever was. It inspires me to score more goals.

“Of course it’s nothing bad being compared to him but we are two totally different types of players.

“For me it’s important that we achieve our goals as a team. We have big goals and we want to achieve this.”

Bayern midfielder Bastian Schweinsteiger said the club is hungry for success on the European stage.

“At the moment, there’s total desire in the team, and all credit for that,” Schweinsteiger said.

“We have to make the most of our good position in the Champions League on Tuesday thanks to victory in Marseille.”

“You could say experience was the difference,” he said.

Diarra added that Marseille have no expectations of advancing into the final four.

“We have nothing left to lose,” Diarra said.

“It’s not mission impossible. We scored three in Dortmund in the group stage.

“Bayern drop very few points at home so it will take a big performance, but we know we have the ability to cause them problems ”

Marseille goalkeeper Steve Mandanda is likely to return after serving his one-match ban in the first leg but midfielder Alou Diarra is suspended.

Prediction : Playing at home carried by their fans,and playing  with first team Bavarian giant despite 2-0 advantage from the first match is still big favourite for this match.Marseille have enoguht troubles and possible win here would save them a season,but its not going to be easy.Bayern want lose this match,and it will score goal or more.
Highlights :