After German vs English clash this Tuesday where Borussia Dortmund enrolled a 2-0 win over Arsenal, This Wednesday we have another German vs English clash where once again the Bavarians giant and Bundesliga champions Bayern Munich will host the Premier league reigning Champions Manchester City. This would for the third time in the last four season that these two team meet in the group stage of the Champions league. 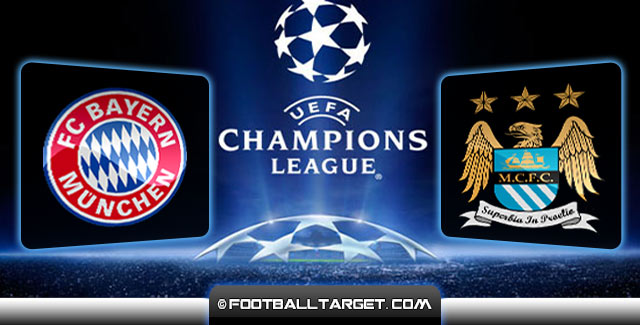 A clash between two current champions who didnt opened a new season so well . Both have lost the Super Cup, and both have failed to win in the last round. While back in 2011, both team have entered home wins, last season both celebrated on tour. Bayern was superb in England, while Man City have won the game in Munich but at the moment when the points were not important.

Pep Guardiola’s team does not shine at the start of the season, but for now the results are not a major problems. They lost to Dortmund in Super Cup, but in Bundesliga in the first three rounds, they entered two home wins and drew against Schalke 04 in Gelsenkirchen. Still Bayern doesnt look so convincing. Probably the biggest reason for that are injuries.

First team players like Bastian Schweinsteiger and long-term victims Thiago Alcantara and Javi Martinez (all knee) are sidelined, Badstuber rejoined that list (requires surgery), while Franck Ribery and Arjen Robben are doubtful but Ribery who struggles with fitness after injury has played the last game and scored a goal and knowing the number of sidelined players, he probably will play.

From the pre-season shocking defeat to Arsenal in the English Super Cup, Man City bounced back with two wins in the first two round of the Premier league. First away win against Newcastle 2-0, and a home 3-1 win against the league runners-up Liverpool . When things started to look much better Manuel Pellegrini’s men have suffered another shock. At home where they really rarely lose any games, they managed to do it against Stoke City 0-1. In the last round on tour in London , against Arsenal they drew 2-2. Third tough game for them in a row as Bayern Munich will also try to bounce back, and already in the next Premier league round they are playing against Chelsea FC.

Pablo Zabaleta is serving the red card suspension from March and the match against Barcelona at Camp Nou , while good news for Pellegrini is a return of Yaya Toure. To fresh up the team Pellegrini is mixing the first team constantly so the players who didnt played against Arsenal, Nasri, Kolarov and Yaya Toure will probably start, while the only dilemma remains who will led the Citizens attack, Aguero or Dzeko.

Match Prediction : While Bayern Are the favourites here due to home pitch, Man City can score, so over 2,5 goals looks like the most promising tip here.