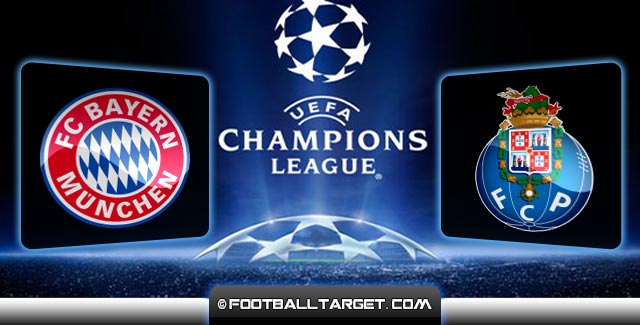 Pep Guardiola’s Bayern Munich was stunned in Portugal with an eary goal which led to 3-1 defeat against injury troubled Bavarians. Now, to overcome tough situation Bayern have to score minimum two and not to concede any, which wont be an easy task against Porto, who are still the only unbeaten side in the Champions league. Bayern practically already secured the new Bundesliga title, so in the last round Guardiola rested a few players like Xabi Alonso, to prepare them fully for this clash with Porto. The bad news is that Robben and Ribery are still out, but Bayern have what it takes to clinch the semi-final spot. Would they be able to achive it, that remains to be seen.

Philipp Lahm and Thomas Muller of Bayern Munich remain calm despite going into their Champions League quarter final second leg 3-1 down against Porto.

Porto head coach Julen Lopetegui says his side will be “ready for everything” as they try to defend a 3-1 lead in the second leg of their Champions League quarter-final at Bayern Munich.

“It was an exceptional display [in Porto],” he said. “We couldn’t have dreamed of a better result than 3-1, but we’ve still got an away game to play and it will be very, very difficult.

“Over there we need to play the way we did [in the first leg] – that is to play our game and play normally. We’ll have to defend very well and be strong as a team” concluded Yacine Brahimi.
Team Probable lineups