In the last round of the Champions league play-off the English side, Arsenal are facing the Turkish team Beşiktaş JK for the first time in their history, hoping to maintan positive scores with the Turkish clubs. It’s the most attractive match of the play-off round but for Slaven Bilic’s side and the most difficult one. Besiktas ensured the last round play-off match after knocking the Eredivise team, Feyenoord. 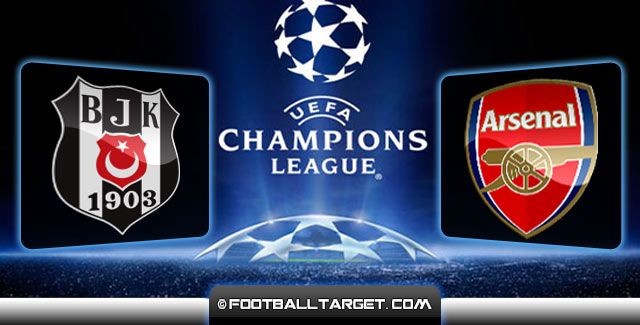 At the Ataturk Olympic Stadium in Istanbul, which receives about 72,000 spectators and will be full, Besiktas welcomes London’s Arsenal in the first game of the playoffs for the Champions League places. Knowing that the Gunners for 16 years in a row have participated in the Champions league, is clear how difficult task awaits the club run by a former Croatian coach Slaven Bilic, but Besiktas certainly sees their chances.

In the Champions league third qualifying round, the Turkish club easier than expected eliminated rejuvenated Dutch team, Feyenoord with two wins 2: 1 and 3: 1 while the biggest gain is certainly the Senegalese striker Demba Ba, who arrived this summer from Chelsea FC and in the second leg he scored a hat-trick. Besiktas on the pitch did not show a particularly impressive game, but it was very tight and focused, and expertly punished Feyenoord errors.

Bilic: We will fight to the end

To compete with Arsenal , Besiktas of course would have to show more, but with great motivation and support from the stands, everything is possible, at least in the first game in which to Besiktas is important to not concede any goals and therefore is not expected a rush game, but the patient approach and waiting for the counter-attacks against Arsenal who will certainly weight to the possession approach.

– Arsenal are the favorites, but we will give utmost to spoil their plans. Who does not believe that Besiktas can beat Arsenal, let him say. He will not play, and I wont blame him.

We really can because we are a big club. While we’re on the UEFA rankings ranked as the 69th, and Arsenal are tenth based by rating and performance in international cups, the pitch is something else and it would not be a surprise if we succeed.

Demba Ba can solve everything! – Says Slaven Bilic and encourages his players, while the biggest worry problem for Besiktas is injury of their midfielder Atiba Hutchinson, who is important “piece” in formation 4-2-3-1.

– I played for West Ham and Everton, meanwhile, at Wembley mine Croatia defeated England 3: 2, seven times i was called to
take a job at the Premier league and each time I declined.

For the most dangerous players in Arsenal ranks, Bilic pointed to Ramsey, Wilshere and Sanchez.

As for Arsenal, last season in the play-off of the Champions League they played against a Turkish team, Fenerbahce, and then, with a total 5-0 result the English side ensured the Champions league group stage.

Of course that Wenger expect a similar scenario ( to secure the group stage) , but his aware of what is expecting his team in Istanbul and certainly with maximum respect will prepare his team of entering into this match.

Wenger :Besiktas game will be tough

– We are well aware of importance of the two games with Besiktas. Securing the Champions League group stage is imperative for the club , said Arsene Wenger, who will again spare Ozil and Podolski, while Mertesacker traveled to Istanbul because Koscielny is questionable for this match. At home remained injured defender Gibbs and striker Sanogo, while Walcott from before is on the injury list.

Wenger: We are in front of two big games

– Besiktas is by no means an easy match, as it was not a last year’s against Fenerbahce, but then we played greatly and celebrated with 3: 0 in Istanbul.

We want to play our game, to try to impose and then the result will come.

Arsenal recent form as 10-days ago in the English Cup the Gunners defeated the Premier league reigning champion Manchester City 3: 0, while on Saturday at the Emirates with 2-1 Wenger’s side celebrated over Crystal Palace. Still, with a lot of problems as they ensured a win only in the injury-time. Arsenal newcomers Debuchy, Chambers and Sanchez have fit perfectly in the team, while Ospina still awaits his debut.