On Wednesday evening at the program is a very interesting match in the English Championship, where currently in the course are the playoffs for placement in the England elite,Premier league.

Otherwise, two days before, the placement in the grand final, which is exactly for 10 days at Wembley, made West Ham, with two secure victories over Cardiff, while for the second place in the finals last year’s two participants of the Premier League, Birmingham and Blackpool,are fighting for..

Certainly at this point much closer to that goal is Blackpool team, because in the first match at home they celebrated with 1:0, but also the Birmingham players are hoping to do the same in front of their fans and thus reach the finals . 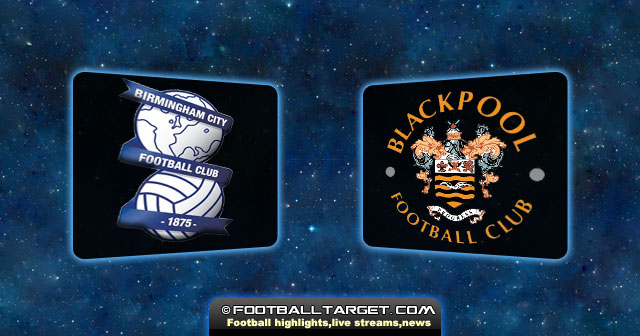 Of course that for theirs optimism they have great coverage if we know that during the regular season they at home with an even 3-0 celebrated against Blackpool, while they made the same,​​last year in the Premiership, but with one less goal achieved.

It should also be noted that these benefits to play the rematch at home they accomplish only in the last round of the regular season, when they also celebrated at home over the first-placed Reading, what just confirms they indeed know how to cope with the pressure.

Specifically, and to that fourth place they arrived in the second part of season after they show a much better games than in the first, where they had a lot of commitments in the European League and in the English Cup, which largely take away the power from them so they could not seriously concentrate just on the championship.

However, on their happiness, were later able to fix everything, so now they have the opportunity with winning the next two matches once again play in the elite league, from which last year turned out quite unlucky.

But, above all, they need the triumph of two goals difference over Blackpool, and only then can think about the final match with West Ham, so the coach Hughton said that this time they will playing with two experienced strikers, Zigic and King, while the midfield also will be extremely offensive. Otherwise, outside the team due to injuries are still first goalkeeper Myhill, defenders Carr and Caldwell and striker Huseklepp.

As for the Blackpool, after one-year adventure in the Premiership just before the start of the season they experienced a large change in team, but still,it did not stop them to re-engage in the battle for placement in a Premier league.The regular season ended in an excellent fifth place, with just one point less than Birmingham, and how they are serious in their intentions, is best illustrated by the first playoff game in which they played very patiently,which finally paid off, as they celebrated after Davies own goal.

Of course themselves are aware that expects them an extremely difficult task, considering that except Birmingham players itself will have against them and the home crowd, but their coach, Holloway pointed out that last year in the elite English league they got accustomed to these games.

As for the composition they have much less problems with absences than Birmingham team, and so this match will miss just defender Cathcart and midfielder Fleck who are injured from before, while the aged attacker first team scorer Kevin Phillips, traditionally will got his chance in the last 30-odd minutes.

Prediction : Already through our analysis you might conclude who has a lot more motivation, so we certainly expect a safe home win, especially because in the first meeting these two teams were fully equal and only the lack of luck cost Birmingham of defeat.