With five straight victories, Ferguson´s Man Utd hit the top of Premier league table,sitting there above city rivals,Man City by three points.This Monday they paid a visit to Blackburn Rovers,and with possible win they can raise the gap to five points in front Citizens which failed to win this Saturday at home playing with Sunderland 3-3 (video).Considering April 30th,which is a date when two Manchesters will play at Etihad Stadium,every point is good for United,especially when we know what fortress is Etihad this year for all teams. 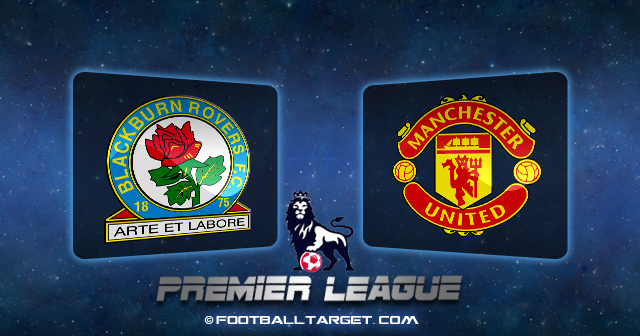 Rovers have lost just two of the last nine games with Man Utd at Ewood Park,but currently they are unreliable at home with just two wins from the last five playing at home,and they occupied sixteenth place in Premier league, two points above Bolton for the final relegation spot,so losing this match for them will cause heavily problems,in fight for surviving in Premier league for the next season.

However,despite knocking out from Europe league,Man United form in Premier league have been in outstanding.In last 10 games they are unbeaten,with 9 wins and one draw.As for their away form they lost only once in their 16 away matches,and draw two of them.Their first goalscorer Wayne Rooney is especially in the mood on away matches where he has scored 17 goals in his last 17 appearances.United in their 30 Premier League matches this season have failed only once to score .

Blackburn Rovers does not lie especially to Man Utd,even if Ferguson footballers have their 19th league title with a 1-1 draw at Ewood Park last season,most of their trips to
Ewood Park are disappointing ones.Last time these two teams played was on December 31,when Rovers stunned United with 3-2 basically from only three shots which will they need once more if they plan to win and extend their chances of staying in Premier league.

Alex Ferguson talking to The Guardian

“At this time of year some of the teams at the bottom of the league know they have to start winning games too, because if they don’t they will be relegated. That’s a fact of life, and that’s why you never know quite what to expect when you get to the run-in. Some games might look easy on paper, but they rarely turn out that way.”
“We know how quickly football can turn on you and bite you,” said Ferguson.

“You can look at all the fixtures and say all those teams are fighting for their lives. And they are the kind of games you know will be tight.”
And even last year, when they only needed a point to get it back, the Red Devils required a late Wayne Rooney penalty to start the celebrations.

“The game at Blackburn has always been a difficult match,” said Ferguson.

“It is a local derby and tends to be a bit feisty.

“Last season we were lucky enough to come back from a goal down to win the league.

“But it will be a very difficult game. That is the way it is going to be from now until the end of the season.”

Prediction : Altough  lately, Blackburn always find a way to tear off some points from United,and even if they desperate to win,in their battle for Premier league staying,United currently is just a little too hot to handle for them.United to Win,and to score at least a goal.