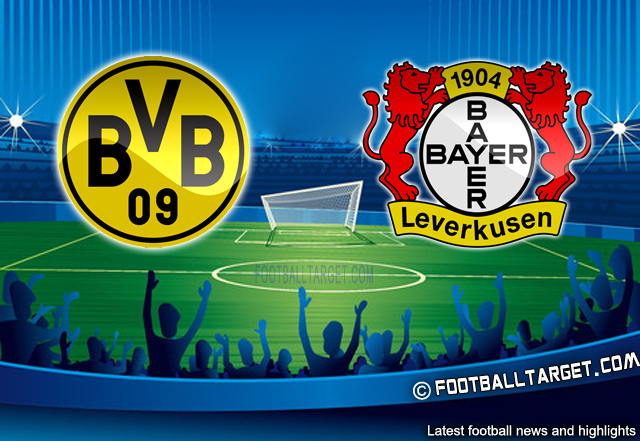 The most interesting match of the 3rd round will be played in Dortmund, where Borussia D. will host Bayer Leverkusen.At the start of the new season neither team is not in some particularly good form, especially on tour, where they both “scattered” some points. Until now these two teams have played 66 matches,in which Bayer was more successful having one victory more than Borussia.

Last season, however, Leverkusen did not even score a goal against Borussia, because in Dortmund was 1-0 for the hosts, while at Leverkusen, match finished with unpopular 0-0.Its interesting,in season 2010/2011 both teams celebrated as guests.

The current champion did not open the season in which they want the third title in a row particularly well. This could be seen in the Super Cup match against Bayern Munich in which they lost, but also in the first round match against Werder when they with lot of troubles won with 2:1.

Confirmation came in the second round on the away game in Nuremberg, where despite field initiatives and domination, they fail to pull more than 1:1, and they also had luck in the finish of the match when hosts hit the post. The defense does not play well and this is now problem number one for them.

On all three games this season, not counting the Cup one in which the opponent was from the lower league, Borussia conceded at least one goal. Otherwise a very reliable goalkeeper Weidenfeller is not not in good form, especially that could be seen in Nuremberg, while defenders duo Hummels-Subotic are making too many mistakes.

Coach Klopp’, in Nuremberg refreshed the team with Perisic, instead unrecognizable Groskreutz , but even that did not help. Now it could happen that at this position starts M.Gotze who has shown good form while playing for the national team.The good news is that Schmelzer is recovered and he will probably play.

Bayer Leverkusen did not start the season very well as we mentioned before,but this is not some big,knowing that team experience lots of changes.
Most of the new players are on the bench waiting for their chance, although it is interesting that the coach in both previous match made ​​just two changes during the game, mostly in the finish.

In the first round in Frankfurt they took the lead ,and Kiesling was the scorer, but they fall below and conceded two goals and suffered defeat. In the second round they host Freiburg and won a routinely 2-0.The hero of that triumph was Castro with a goal and assist for Wollscheid, so for now all three goals scored different scorers, of which two of them have scored defenders.

After defeat in Frankfurt, Leverkusen´s coach made two changes and both were hit. On the right flank started rookie from Real Madrid´s second team,Carvajal while Castro played in defensive midfield instead Bellarabi.
After a good game againstFrankfurt , it is quite logical that it will not be some changes in the first lineup, while out of action due to injury is midfielder Sidney Sam who still hasnt recovered fully and lacking fitness.

Betting prediction : We expect an attractive and attacking football in this derby , especially from the host who havent bagan the season good. And Bayer showed weakness, especially on tour in defense . Guests can certainly score a goal, and from the hosts we are expecting more than one.Over 2,5 goals.