Match between two Borussia will have a celebratory mood, as it could easily happen that the host already in this match celebrated their new Bundesliga title. If Bayern does not win on away match against Werder, the celebration cant start even before the game.Guests will have the honor to participate in the celebration, but they will definitely try to ruin it, even though they also have a reason to celebrate because of the great season in which they could won the places for the Champions League. Last fall, in M’gladbach these teams played 1:1, and the previous five matches in Dortmund ,the host won. 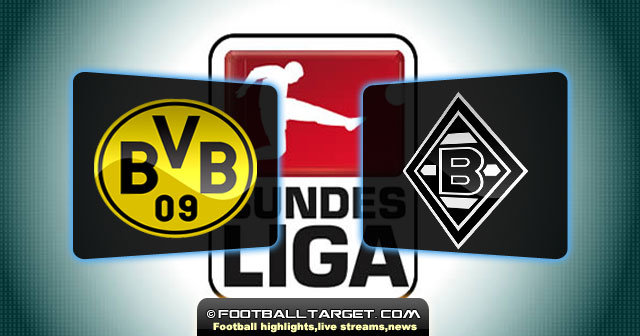 After they finish in great style last year’s competition, and win the title, Borussia Dortmund has experienced minor problems at the start of the new 2011/12 season where the team apparently struggled with finding the right balance between the Champions League and the Bundesliga league .

The effect of weak game resulted in early expulsion from European competition, but it it seems that the falling out from the Champions League was simply a kind of fortune which has allowed coach Jurgen Klopp and his players to fully focus on domestic competition, and what happens in it.

As the league season progressed, Borussia Dortmund has improved their form, and thus surpassed Bayern Munich at the first position and then managed to beat them in a derby duel with a minimal advantage, with which they almost secure their second consecutive league title.
Winning 2-1 on away match against Schalke helped Borussia to make the difference of eight points over second-place team ,Bayern, which means they are only one win away from the new title.

After they won in 14 of last 16 games after the winter break, the hosts have every right to be optimistic before the duel with the Borussia Moenchengladbach.

As for this game, Neven Subotic and Sven Bender are back in the lineup after a while, we could see again Mario Goetze in the team after he was absence four months .

Borussia M’gladbach does not play so good as in the first part of the season, but they improve little in the last three matches in which they havent lost. After five matches break last week they have finally managed to beat someone and consolidate themeselves on thefourth place, but thanks to poor Schalke form, they returned in the fight for third place. Cologne is smitten with a 3:0 which can be called an easy task, athough of course it was not the case.

Since Neustadter is not ready to play, and Marx is injured, Jantschke in Dortmund will play in the defensive midfield position. Outside the team is and Camargo, but he would certainly be on the bench. Places in the attack are reserved for Hanke and Reus, and Reus will be under special scrutiny because it has already signed a preliminary contract with the Dortmund where he is going to play the next season