After Jurgen Klopp’s side finally returned to winning ways with a 3-0 win at Freiburg and escaped the Bundesliga bottom, Dortmund will host the 13th placed Mainz 05 boosted by a better team morale after Marco Reus has put a pen to a new contract. In the first part of the season Borussia lost away to Mainz 2-0 but with a win over Mainz, Klopp’s side can jump to 13th place at the table. So far Borussia have never lost to Mainz at the Signal-Iduna-Park. 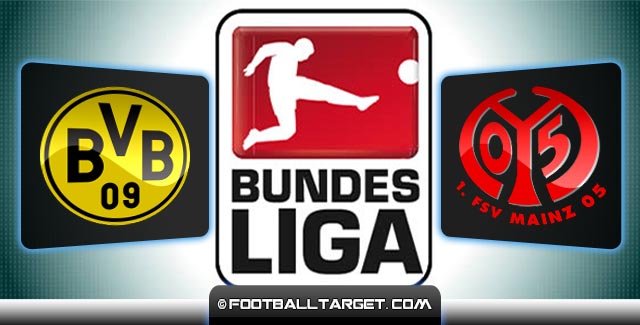 Away win at Freiburg shined a light to Dortmund’s future at least a little. Perhaps even washed the taste of the last home defeat against Augsburg (0-1), and now Dortmund boss, Jurgen Klopp has urged his men to carry the winning momentum from the last round and to repeat the same vs Mainz.

Even tough Dortmund escaped the Bundesliga bottom they are still not in the safe zone which means there is plenty hard work for them to do to salvage what’s for sure can be called a bad season. The Yellow and Black were without a win for two months ( 3 defeats and 3 draws) so a 3-0 win in the last round was a relief for Klopp who according to many reports was even written off. After defeat to Augsburg fans were angry and Roman Weidenfeller and Mats Hummels attempted to calm down the fans with a talk at the stands for which Dortmund boss said :

“It was completely understandable that they whistled after the Augsburg game, we must ensure that we give them something to cheer.

“The fans have done right by us in the past and a special atmosphere is always the basis for a special performance. The victory in Freiburg has brought back the confidence that for many was lost after the Augsburg game.”

Regarding the clash with Mainz 05 this Friday, Klopp for Dortmund site added :

“The training has been very, very good this week. A win gives confidence, but bringing it into games and taking as many points as possible – this is the urgent task facing us.

“Sure, the guys feel better but the mood is not so good that you’d think they had forgotten what the situation is. They want to take the momentum and I want to try to help them.”

Borussia Dortmund boss Jürgen Klopp reacts to playmaker Marco Reus signing a new contact — without the alleged 25 million euros release clause in his previous deal — which ties the Germany international to the club until 2019.

After a long time Reus has scored a goal, while excellent Aubameyang who this season is definitely the first attacker od Dortmund netted double.

Piszczek has returned to first team, the stopper Subotic was at the back, while in midfield again was Kagawa. Against Mainz Blaszczykowski could play from the first minute, instead of Kampl. Kevin Grosskreutz (thigh), Sebastian Kehl (shoulder), Sven Bender (knee) and Erik Durm (illness) are out for this match.

Kasper Hjulmand’s side, who sit just three points ahead of Borussia Dortmund, after winning only one from the last 12 Bundesliga games, find themselves in a tough position, searching for points against what’s seems to be awaken fallen giant, Dortmund, at the Signal-Iduna-Park, where so far they never celebrated.

Mainz opened this season very good, but during before the new year the first problems started to occur. Nine rounds without a win, sounded the alarm. At the second part of the season, Mainz boss, Kasper Hjulmand seems to solve the problems which his team have had. A 5-0 home win vs Paderborn and a good 1-1 draw at Hannover.

Then in the last round against another league bottom club, Hertha Berlin, Mainz lose at home 2-0 even with a return of the first striker Okazaki. In that match the goalkeeper Loris Karius picked a red card and will miss Dortmund clash as well as Moritz & Jairo due to injuries. With Okazaki back, the good news is and a return of the midfielder Park from the Asian Cup, while Bungert could start instead of Jara at the back.

Match Prediction : Borussia with another win can run from the bottom of the league. Mainz 05 form and history at Signal-Iduna-Park suggest that this should be easy win for Klopp’s side. Still, Mainz 05 have to take more points to avoid a drop to the bottom, to do that they have to score. Over 2,5 goal should come here for what Bet365 gives a good odd, so take a bonus with bet365 promotional code before you place a bet.