The World Cup hosts, Brazil once again shocked the home fans as Van Gaal’s Netherlands smash three goals to the Samba Kings to win the third-place of the World Cup. 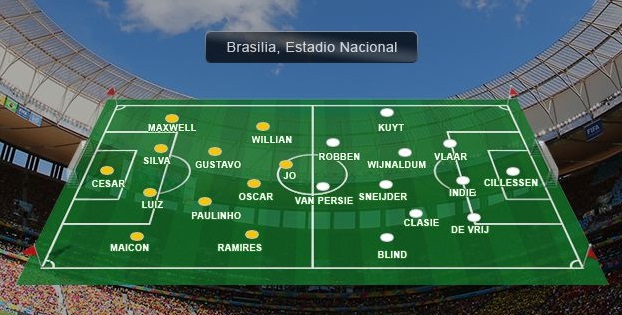 Already in the 3rd minute, Netherlands scored an opener as Van Persie dispatches the penalty, shooting out of Julio Cesar’s reach and up into the top corner!

In the 16th minute, The Oranje scores again. De Guzman on the left clips in a cross from the byline, where Daley Blind stands unmarked and with a one touch fires into the roof of the net.

The final result , Dutch scored in the first minute of the injury time. Robben started again the Oranje action as he sends the ball to Janmaat whom cuts the ball back into the middle for the unmarked Wijnaldum and he sends it past Julio Cesar.