The Selecao entered a 3-1 win over Croatia at the World Cup first game in Brazil, and doing so Scolari’s men prolonged their unbeaten run at the World Cup opening matches which last for more than 70 years.

Croatia took a lead already in the 11th minute, and shocked the home team. Wolfsburg striker Ivica Olic from the left flank sends the ball into the box which Nikica Jelavic touched slightly which was enough to reflect the ball to Real Madrid sideback , Marcelo who sends into an own goal. It was the first own goal in Brazil’s World cup history. From that moment Brazil was a better team, and thanks to their biggest star, Neymar, they scored a leveller.

Assisted by Chelsea midfielder, Oscar, in 20th minute, Neymar with the left footed shot from outside send the ball to the bottom right corner, past Croatia’s goalkeeper, Stipe Pletikosa.

Croatia started to play much better and had their chances, while on the other side, Brazil’s team was not so convincing.

It was the 71st minute, when the Brazilian striker Fred takes a dive in the penalty box, and Nishimura shows to penalty kick. Croatia players protested, asking him to check with a linesman referee but the Japanese referee didnt changed his mind and doing so gave non-existent penalty to home side from which the Selecao taken a 2-1 lead. Neymar was the scorer.

As the non-existed penalty wasnt enough to him Nishimura continued with the bad calling. It was 84th minute when Ivan Perisic scored a leveler for Croatia, but Nishimura denied goal due to the alleged foul Olic over goalkeeper Cesar, or perhaps he saw Olic playing with a hand, which again wasnt a case.

In the 86th minute, Luka Modric tried with a long-range shot from some 30 meters, Cesar barely defends it, and one last chance to tie the game Perisic missed, as Cesar saves his shot too.

In the first minute of injury time Nishimura comes to scene, again. Ivan Rakitic gets fouled on the centre, Nishimura doesn’t call the faul, Oscar takes the ball, penetrates through Croatia defense and scores for the final 3-1.

“If that was penalty, than we should play basketball, not football!” he fumed in a post-match interview with HTV.

“It was a shame! The referee had different set of rules for us and different for Brazil. Shameful refereeing for [the] World Cup! And I am proud of my players, that is how you play for your country.”

“With the way we played, this team has to have a place in round of 16.”

“I am very optimistic ahead of the Cameroon and Mexico games.” 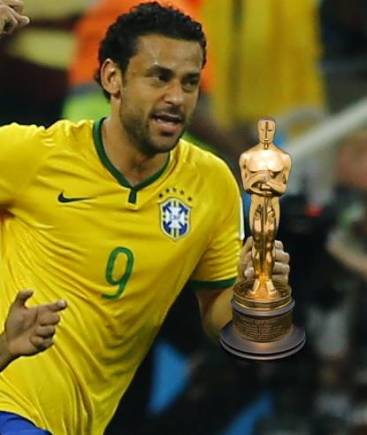