In the third round of the English Premier league, Manchester United hope that Saturday’s trip to Burnley would be ideal for them to bounce back after winning only one point in two rounds and getting smashed by MK Dons 4-0 in the league Cup. Last time these two teams have met was 5 years ago and then both teams entered home wins 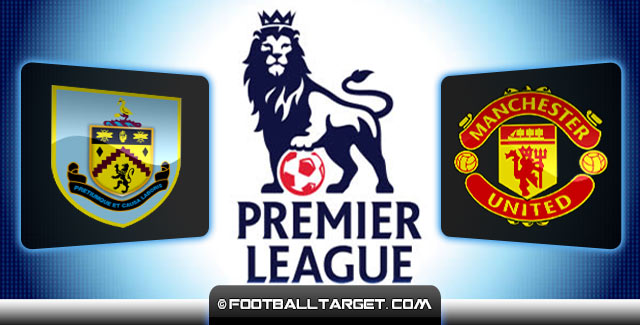 The league “rookie” Burnley FC doesnt have any better start then their visitors as Sean Dyche’s side suffered 1-3 defeat to Chelsea and 1-0 to Swansea. Now Burnley have to win points desperately but the timing is not the best for them as on other side stands a much better team with the same goal. Ahead of the season no one was giving Sean Dyche’s man some big chances of surviving the Premier league and grabbing their place and for the next season. Burnley have the most cheapest team in the EPL so it’s only fair to expect their relegation. Defeat to Sheffield Wednesday this weekend only proves that team is not on a good place right now.

However, coach Dyche believes that his team will grow and look much better in future, especially against some weaker teams, but Man Utd is anything but that, still Burnley wont surrender and will be looking to repeat MK Dons approach.

“There’s a bit of ‘hoo-ha’ about Manchester United at the moment,” he said. “I don’t look at that, I look at the players they’ve got, the manager they’ve got, the club they are. I don’t think you start looking at them for any other reason other than they’re a fantastic club, a very good group of players and a renowned manager.

“We’re not naive enough to think that there’s any other reason, they’ll come here to play hard and try to get a result, and of course we’ll do that as well.”

Team have signed 6 players so far, but only striker Jutkiewicz i midfielder Taylor have earned their place in the starting lineup, while their first striker Vokes is still out due to injury.

After a superb pre-season tournament in United States no one could seen Man Utd’s bad start in Premier league. Despite the arrival of new coach van Gaal the Red Devils have continued where they left off last year, in which for the first time in recent history, they fail to secure the Europe competition places.

A shocking home defeat on the opening day to Swansea 1-2, a draw away against Sunderland and humiliation against MK Dons in League Cup 4-0, was more than enough for Van Gaal to push the button ” Red Alert “. A quick fix was signing of defender Rojo and Angel di Maria from Real Madrid. Still, Van Gaal wants more to rebuild the fallen English giant.

Van Gaal has had the misfortune to lose the midfielders Fellaini and Carrick and two “rookies”, Luke Shaw and midfielder Herrera due to injuries and this can somehow explain a bad start of Manchester United. Against Burnley Di Maria for sure will start as the Dutch coach already at the start begun to lose the credits from fans, but is aware that there is no quick fix and that Di Maria will have to adjust to new team.

“We have to look at the future and we are doing that now by restoring and rebuilding a new team and that costs time,” he told reporters on Thursday.

“I’m sorry to say that for the fans because the fans are amazing, in my opinion. I think it’s fantastic that we have such fans. I hope we fulfil their expectations but I said already that it is not done in one month.

“We have to win, to get results, and hopefully we shall start it on Saturday at Burnley.”

Match Prediction : Man Utd players are under fire and boosted by Rojo and Di Maria against week Burnley is an ideal time to bounce back, so anything but a win for Man Utd would be a big surprise here.