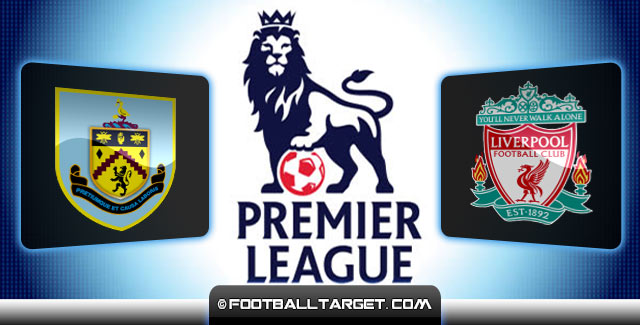 Liverpool will face Burnley this Friday (26.12.2014) at Turf Moor stadium after their hard earned point against Arsenal last week. The Reds pulled up a 2-2 draw with Martin Skrtel’s later header-equalizer despite dominating the match. On the other side, Burnley who lost to Tottenham last week, will hope to extend their four game home unbeaten run at Turf Moor for another game.

Burnley
The Clarets are running in a good form lately, after winning against Southampton 1-0 at Turf Moor, but still they’re in the Hot zone of the table and they will have to win more home games to avoid the Premier league drop. Burnley currently sits on the 18th place with 15 points in 18 games.

On pre-match interview The Clarets manager, Sean Dyche defended Liverpool’s boss for his team’s poor performance this season after the departure of Luis Suarez to Barcelona and Daniel Sturridge missing for injuries problems.

“It’s a tough one,” said Dyche. “How do you define the complexities of management?You take the team so far and so quickly last year then lose two players for different reasons, it’s very difficult.”

Still, despite that Dyche admits that Liverpool is a talented team with a bunch of players with great abilities and a lot of experience.

Sam Vokes may return from his injury. He hasn’t played for Burnley since March but Dyche may trust to his abilities to beat Liverpool. Matt Taylor, Stephen Ward and Michael Duff still remains sidelined.

Liverpool
The Reds expected to repeat the 2013/2014 season even without Suarez, but it did not happen. Liverpool find themselves 10th on the table, 9 points away from the 4th position which is occupied by West Ham.

Brendan Rodgers admits that once again he will use the 3-4-3 formation, as The Reds have improved slightly with this formation.

The Belgian goalkeeper, Simon Mignolet will be outside of the starting XI once again. The 26-years old did not play a single minute since Rodgers dropped him ahead of Liverpool’s heavy loose against Manchester United.

About Simon Mignolet drop out, Rodgers stated that he is giving a break to the player, to return stronger than never.The Red’s boss refuses to hint a possible departure of the goalkeeper in January.

“I haven’t lost any belief in him. He’s still an outstanding goalkeeper, and I’m sure when the time comes for him to return, he’ll be a better goalkeeper for it.” told Rodgers to the reporters.

Brendan Rodgers will face Burnley without Joe Allen, Glen Johnson, Daniel Sturridge and Jon Flanagan, meanwhile about Dejan Lovren will be decided late if he will be able to help his team or not.