The host Cagliari,welcomes Inter without any particular pressure, they are currently at the 12th place of Seria A table and they are 9 points above the places that leads to the second division,Serie B. At home,Cagliari is playing good football and in the last five games they manage to get four wins with a very impressive goal difference of 12-5. 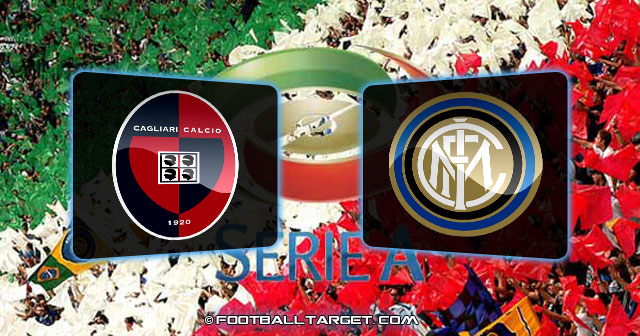 On the other hand, the new Inter coach,A.Stramaccioni the last match against Genoa (5:4) introduced a new, much more offensive Inter who will now apparently rely more on offense than at first to defend his goal as at Ranieri´s time. Inter’s ambitions are certainly more than the current 7th place,so we can expect to see them entering this game without nay calculations with the intention to win all three points. Also,we can expect an open and interesting game in which they are equal chances of winning, but considering the recent games of both teams, we can expect plenty of goals.

“We started this journey on the right path and this is a positive sign.

“The team has the right enthusiasm and there is a positive atmosphere in the camp but we know we haven’t done anything yet.

“Tomorrow we want to confirm all the good work we did against Genoa.”

“In terms of value, it goes without saying that this team has the potential to finish third,” he said.

“But we have to focus on the present and right now our position in the standings does not interests me.

“We are taking one game at a time and we cannot start getting distracted by future projects or hypothetical scenarios.”

Cagliari Daniele Dessena is out for the season,and Rui Sampaio will miss this encounter, but Davide Astori is ready to return .

Inter will be without duo Maicon and Wesley Sneijder, who are nursing knee and groin injuries respectively and Luc Castaignos due to a thigh problem will also be missing for this game. Julio Cesar is suspended due the red card in match with Genoa like Lucio also. Ricky Alvarez is not ready yet to come back.

Match info : Saturday’s match of Cagliari and Inter will be played in Trieste