After the first round defeat to Brazil 3-1 mostly thanks to the Japanese referee, Croatia are looking to bounce back and to win their first three points at the World Cup competition since 2002, when Croatia celebrated with the goals of Ivica Olic and Milan Rapaic. 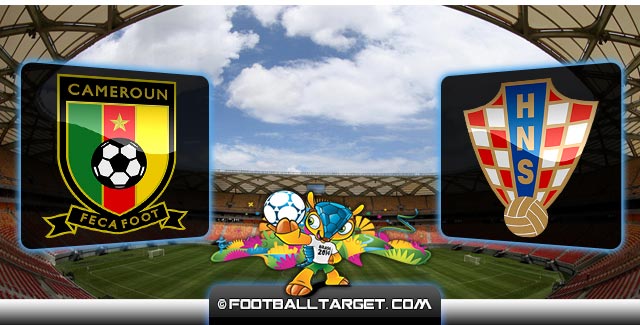 Both teams, Croatia and Cameroon have lost their first games, meaning that team who lose this match is ending their World Cup campaign. A draw leaves chances for both them but in that case Cameroon would have to beat Brazil and Croatia Mexico with a mimimum 2 goals difference. There are many calculation, but for the safe passage into the next round, both teams would need 2 wins from their last two games.

Croatia will be boosted by a return of their top striker, Bayern Munich’s Mario Mandzukic who was suspended for the first game, while Danijel Pranjic is likely to return after suffering an injury in a friendly game against Australia ahead of World Cup. Another good news for the Croats boss, The 42-year-old Niko Kovac is that Real Madrid player and the key player of Croatia , Luka Modric will be ready. Kovac will make a few changes in the first team, so Mandzukic definitely will take his place in attack , while Danijel Pranjic could replace Sime Vrsaljko on the left flank. Further, Inter Milan’s Mateo Kovacic could go the bench and the Brazilian Sammir who plays for Croatia could start. Another approach Kovac might make is to bring defensive midfield at back , Ognjen Vukojevic and give more offensive freedom to Luka Modric.

Niko Kovac will change the tactic and from somewhat defensive one against Brazil he plans to make an offensive tactic hoping to win their first three points.

“Against Cameroon it will be a completely different game. It was difficult to attack Brazil, we had to look through counter-attacks, but against Cameroon we will have greater ball possession and seek dominance.

“The first goal will be an advantage, it would be good to go in to half-time with a positive result. We know all about Cameroon, we analysed them like Brazil and will set our tactics accordingly.

“Our goal is to take the three points, and this is a game with growing importance.”

As for Cameroon, their top striker Samuel Eto’o due to injury will be on the bench and Pierre Webo or Vincent Aboubakar in that case would take his place in attack.

Cameroon boss Finke, probably will stick with the three central midfield players which played in a 1-0 defeat to Mexico hoping to over-power Croatia’s creative but diminutive duo from La Liga Ivan Rakitic and Luka Modric.