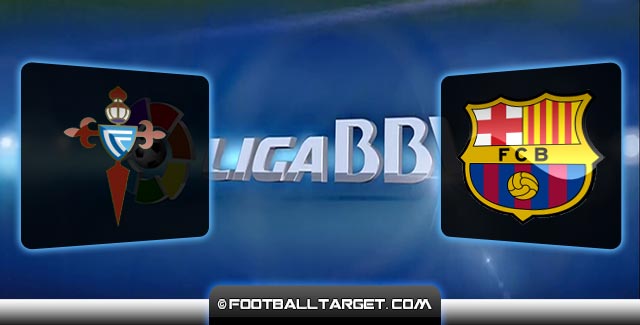 Barcelona travel to Galicia on Wednesday to take on Celta Vigo, with both sides currently unbeaten in La Liga after the first four rounds of fixtures. Celta currently sit two points behind the Catalan giants, having won three and drawn one of their matches so far this term, alongside Real Madrid and Villareal. Barcelona have taken a maximum twelve points despite not being at their fluent best, they have yet to score in the first half of a league game this season – but have registered important victories away to both Athletic Bilbao and Atletico Madrid.

The game sees Barca coach Luis Enrique return to his former club in what is the second game of a hectic period where they play five games in 14 days. Enrique shuffled his pack for the 4-1 victory against Levante, with squad players Marc Bartra, Munir, Sandro and Adriano all featuring from the start in an experimental 4-2-3-1 formation, but Enrique is likely to bring back his more established players and revert to 4-3-3 for what is on paper a more difficult game for his side.

Ahead of his side’s visit to Celta Vigo in La Liga on Wednesday (22nd September), Barcelona coach Luis Enrique on Tuesday (21st September) summed up the game as “very attractive and interesting for us”.

Another man facing his former side will be Celta attacker Nolito, who has been their standout performer so far, with four goals to his name already this season. The Spanish international spent three years at the Camp Nou between 2008-2011, mostly playing in the B team, after being plucked from the relative lower league obscurity of Ecija Balompie, aged 22. He did however make five appearances for the senior side, scoring once against AD Cueta in the Copa del Rey in November 2010. Enrique knows all too well about Nolito’s potential to derail Barca’s 100% start in the league, as the Spaniard scored 14 goals in 37 games during his tenure in charge of Celta. He followed that up with a further 11 goals in 34 appearances last term, and it was this continued form that led to Nolito being linked with a return to Catalonia this summer as a potential replacement for Chelsea bound Pedro, but Barca reportedly declined to met the release clause in the 28 year old’s contract. Barca will also have to keep a watchful eye on Chilean winger Fabian Orellana, as the 29 year old has two goals and two assists himself in the La Liga campaign.

Barcelona have looked fallible since returning after their glorious treble winning season, being destroyed in the Spanish Super Cup 5-1 over two legs against Athletic Bilbao, and scraping past Sevilla 5-4 after extra time in the UEFA Super Cup, a game they had led 4-1 after 52 minutes. They also drew their opening Champions League game against AS Roma, where Alessandro Florenzi’s inspired 60 yard strike caught out Marc-Andre ter Stegen to earn the Italians a point at the Stadio Olimpico.

Despite this, I can see Barcelona’s South American attacking trio of fleet-footed Brazilian Neymar, relentless Uruguayan Luis Suarez, and the Argentine maestro Lionel Messi proving too strong for Celta. Messi did not play particularly well on Sunday, and missed a spot kick. Despite this, he left the game having scored twice (his fifth and sixth in all competitions this campaign), including a textbook Messi strike, and delivered the telling pass for Marc Bartra’s opener. Neymar also got his name on the scoresheet for the second time this season. With midfield magician Andres Iniesta likely to return to the starting XI, I feel the Catalans will have enough in their locker to make it 15 points from 15 in North Western Spain.