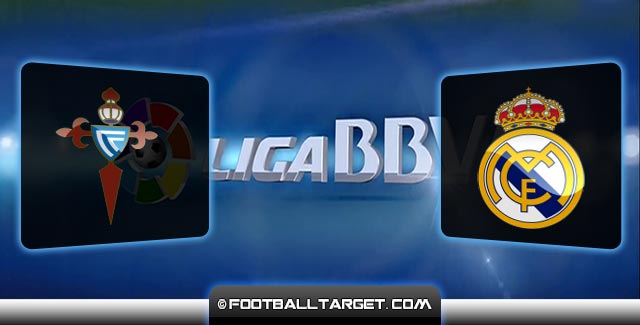 With Barcelona’s 2-0 win over Espanyol, Real Madrid doesnt have room for any mistake this Sunday when they play on tour against the in-form Celta. That Carlo Ancelotti’s men won’t have an easy task suggest the stat that the Los Blancos on their last trip to Estadio de Balaídos conceded twice and lost the game 2-0.

With two wins in a row Celta awaits the Los Blancos, hoping to take again some points. First of these two wins, Celta enrolled over Rayo Vallecano with even 6-1, while the last one was with Nolito’s penalty against Eibar (1-0 away). Further, at home Celta was beaten only once and that was with a minimum 1-0 against the league toppers, Barcelona FC. That history is not so keen for Real Madrid on tour at Celta suggest the fact that in 48 games, Real Madrid managed to win only 15 against Celta.

Coach Eduardo Berizzo is optimistic before the arrival of the Los Blancos :

– Real Madrid is a powerful team that could beat anyone, but we have no intention of giving up of our game and our goal.

– Throughout the season we are pushing the same style of play, even when our results were not so good. We’ll play with high intensity, and be devoted primarily to look like a collective.

Real Madrid is winning in the league, but still lags behind Barcelona who with 2-0 was better than Espanyol. If the Los Blancos intend to stay in race for the league title, three points this Sunday is a must do thing. Last week was a good week for Ancelotti’s men because after 7 failures against Atletico Madrid, thanks to Chicharito late winner, Real Madrid managed to seal the semi-final place of the Champions league despite injury crisis, where Italian reigning champion, Juventus awaits them.

The same injury problems remain, but the good news is that Ancelotti can count again on Marcelo who was suspended due to red card vs Atletico Madrid. Luka Modric, Gareth Bale and Karim Benzema, however still remain sidelined.

– Frankly speaking, we will get to the title in the Champions League easier than in La Liga, but that does not mean that we give up in advance.

– We need to continue to hunt Barca, and the first obstacle is Celta.

– I think in Vigo we’ll have to physically be at a very high level because Celta are in-form team and that is what may prove to be the crucial thing – said Carlo Ancelotti.