Champions League group stage was decided this Thursday with a draw. 32 teams have find out their opponents in the hunt for the most valuable European trophy. 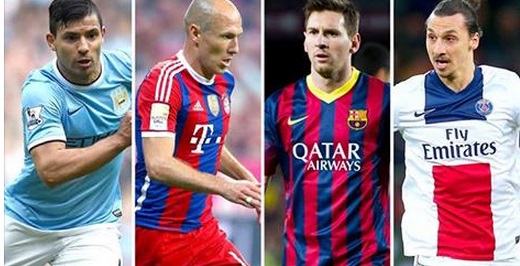 The two most prominent groups are “E” and “F” in which are: Barcelona, ​​PSG, Ajax , APOEL and Bayern, Manchester United, CSKA Moscow, AS Roma.

The reigning Champions league winner Real Madrid is in Group B with Liverpool FC, Basel and Ludogorets

Last year’s finalist Atletico Madrid are in group A with Juventus, Olympiakos and Malmo FF.

Maribor who knocked the Scottish Celtic are in Group G with Chelsea led by Jose Mourinho, Schalke and Sporting.

The first rounds of the group stage will be played on 16 and 17 September, and the last on 9 and 10 December. Matches of the eighth finals, where the top two teams from each group will play are on schedule for February and March. April is reserved for the quarter-final rounds, while a semi-final matches will be played on the 5th and 6th, and 12th and 13th of May. The Champions league Final will be played on June 6 at the Olympic Stadium in Berlin.