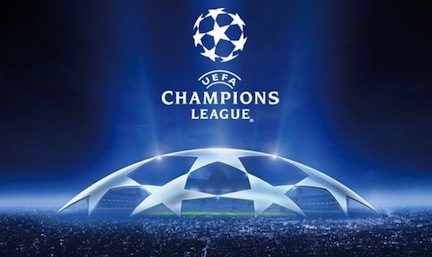 It was a night of shocks in the UEFA Champions League as many of Europe’s big boys faltered against less illustrious opponents.

Chelsea visited FC Porto, with Jose Mourinho returning to the club where he first rose to prominence on the European stage. The Portuguese coach led Porto to UEFA Cup and Champions League triumphs in 2003 and 2004 respectively, victories which ultimately saw him appointed Chelsea manager by Roman Abramovich for the first occasion in June 2004. It was not to be a happy return to the Estadio Dragao for Mourinho, however, with Chelsea going 2-1 to the home side thanks to goals from midfielder Andre Andre, who scored with a rebound after a save from Begovic, and Brazilian defender Maicon, who headed home a near post corner. Willian had restored parity on the stroke of half time with a free kick that beat Iker Casillas, the Spanish stopper playing in his 152nd Champions League game, a new competition record.

Elsewhere in Group H, Dynamo Kyiv won 2-0 away in Israel, defeating Maccabi Tel Aviv 2-0 with strikes in each half from Andriy Yarmolenko and Junior Moraes.

There was another upset for an English side in Group F, as Arsenal were surprisingly gunned down 3-2 by Olympiakos. The Greek side had lost on all 12 of their previous visits to England, scoring only 3 times, and conceding 37. It was a topsy-turvy affair, with the visitors opening the scoring on 33 minutes through Felipe Pardo’s deflected shot, only for Theo Walcott to level the score two minutes later. Olympiakos went in ahead at the break when David Ospina, preferred in goal to the benched Petr Cech, inexplicably dropped a routine delivery from a corner kick over his goalline for an own goal. In the second half Alexis Sanchez made it 2-2 with a great header, only for Icelandic striker Alfred Finnbogason to restore the Greek Champions’ lead within a minute. This result is sure to put pressure on manager Arsene Wenger, with no points from the first two group games, while their next two are against European heavyweights Bayern Munich.

Bayern Munich, and prolific Pole Robert Lewandowski, continued their fine start to the campaign, with a 5-0 home win over Croatian champions Dinamo Zagreb, who had defeated Arsenal on matchday one. Douglas Costa opened the scoring after 13 minutes, with Lewandowski adding a second after 21 minutes. Mario Gotze soon got in on the act to make it 3-0 four minutes later, with Lewandowski ensuring the game was over before half time with his second before the half hour mark. Lewandowski completed his hat trick in the second half to notch his 10th goal in his last three games. This dominant display by Bayern brought an end to Dinamo’s 45 game unbeaten run, a sequence that stretched back to November 2014.

There was another shock result in Group E, where Italian side AS Roma lost 3-2 to BATE Borisov in Belarus. The hosts raced into a two nil lead after just 12 minutes, with midfielder Igor Stasevich nodding in a rebound before Filip Mladenovic caught Wojciech Szczesny out from distance with a powerful driven effort. The left back added a third after 31 minutes, and despite Roma pulling goals back from Gervinho and Vailios Torosidis in the second half, BATE held on for a famous victory.

In Group E’s other fixture, German side Bayer Leverkusen travelled to the Camp Nou to take on Spanish giants FC Barcelona. Barca were without their talisman Lionel Messi, missing with a knee ligament injury sustained at the weekend against Las Palmas. Barca could be without the diminutive playmaker, described by coach Luis Enrique as “irreplaceable” and “the best player in the world”, for up to two months. Enrique’s charges did struggle without Messi’s magic, and Bayer took the lead, and Kyriakos Papadopoulos opened the scoring from a Calhanoglu corner 22 minutes in. Bayer looked like causing an upset of their own until the last 10 minutes of the game, when a rebound from Sergi Roberto and a curling finish from Luis Suarez gave the Catalans a much needed victory.

Zenit Saint Petersburg made it six points from six to top Group H after matchday 2, with goals from Artem Dzyuba and Oleg Shatov firing them to a 2-1 victory over Gent, Thomas Matton replying for the Belgians. A solitary strike from Algerian Sofiane Feghouli shortly before half time gave Valencia a 1-0 win away to Lyon, to send them to second place, three points behind Zenit.