According to reports in France Chelsea boss Jose Mourinho wants to bring the Belgium international star, Axel Witsel to Chelsea. 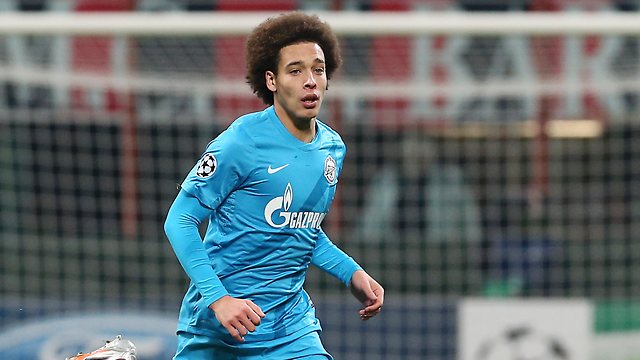 John Obi Mikel is set to leave the Blues and he is heading for Turkey most likely, so Mourinho will be left with only two defensive midfielders, Ramires and Matic.

The 26-years-old Axel Witsel who joined Zenit St. Petersburg back in 2012, is keen to leave Russian football, and now Chelsea joined the race with Manchester United and Juventus for his service. Its believed that Zenit would ask a minimum of 30 millions euros.

Since both Mourinho and Witsel have the same manager, Mendes, it’s believed that the Portuguese coach will exert pressure on Mendes, which put’s Blues in the top position for Axel Witsel.

Meanwhile in Italy, Juventus could face a departure of Vidal or Pogba, or both, that’s why the Bianconeri have already sign Khedira. In case that both of them leave Turin, Juve would be in a tough position, considering the age of Andrea Pirlo. We believe that despite Mendes-Mourinho connection, Witsel most likely will end up in Juventus or Man Utd, where he would have a guaranteed first team place.