The London club Chelsea have confirmed a signing of Atletico Madrid’s Filipe Luis on a three-year deal. 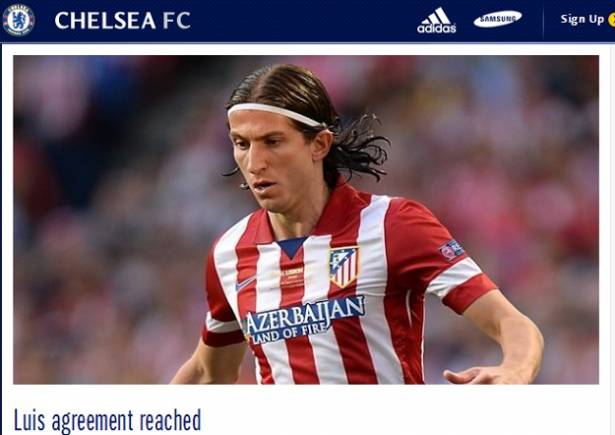 This is a third reinforcement of the Blues from La Liga Champion Atletico Madrid as the 28-year-old Brazilian Diego Costa and the Belgium goalkeeper Thibaut Courtois (return from a loan) have already joined the Premier league side.

Luis was the first target of Jose Mourinho to fill the void left by Ashley Cole who after eight years at Stamford Bridge has joined the Serie A side, AS Roma on a free transfer.

“This move is a dream come true for me. I now have the opportunity to play for Chelsea, and also in the Premier League,” said the 28-year-old left-back.

“I’m very happy and looking forward to getting started and giving my best for the team during the coming seasons.”