After the Uefa Champions League match with Juventus where Chelsea had the lead twice, but eventually pulled only one point, this Saturday,Chelsea returns to Premier League, and will host Stoke City at Stamford Bridge. 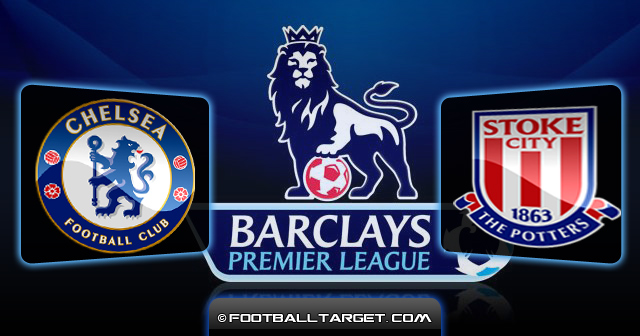 Chelsea opened the season very well, despite a defeat in the first official match of the year, against Manchester City 2-3 in Community Shield .

With three wins in a row Chelsea came up to the top of the Premier League table,but after the shocking defeat in the Uefa Super Cup 1-4 by Atletico Madrid things started to change for Chelsea.Not only that Chelsea has played a very bad game, and Atletico Madrid was unlucky to score even more,confidence of Roberto Di Matteo’s men was clearly shaken because after this heavy defeat ,Chelsea as a guest at city rivals QPR´s played only 0-0.

A shock for Chelsea´s supporters did not stop there, because this week in the first leg of the Champions League Chelsea hosted the Italian champions Juventus and despite having twice the lead, Blues eventually pulled only a point,which is certainly something with what Chelsea fans and club president Roman Abramovic are not satisfied.

This Saturday, Chelsea awaits Stoke City, who has not lost a single Premier League match until now,but neither has won any.Namely, Stoke City so far in the Premier League has played four games,and all drew while in the League cup after extra time they were eliminated by Swindon Town.

It must be said that Stoke City, which ranks as one of the most defensive team in the league,this year already have stopped two clubs from the top,Arsenal 0-0 and Man City 1-1 at Britannia, while on an away matches at Reading and Wigan they manage to pull a draws as well.

Match with Stoke City may come to Chelsea in just a right time, given that Chelsea won the last 5 games, while two away ones at Britannia they drew.Stoke City in the last four away games at Stamford Bridge , did not score any goal,so Blues from London now have the opportunity to get back to the winning strike again.

Chelsea does not have problems with injuries or suspensions,while for Stoke City,Andy Wilkinson is banned due to red card against Manchester City, and Ryan Shotton probably will replace him.Mamady Sidibe still hasn’t recover from a Groin injury as well as Jamie Ness .

Match prediction : Current form of Chelsea is not so bad,looking only at the Premier league,but Stoke City on the other hand has proved to be a strong team,who dont lose easily.However,knowing the results of the previous matches between these two teams,which were played Stamford Bridge,Chelsea is than a big favourite here,but certainly it wont be an easy game for them,so we will add here few tips and you chose which suits you the most.Chelsea to win,under 3 goals,and Stoke City not to lose with more than 1 goal difference (Stoke City +1).

Watch Premier league match Chelsea – Stoke City from our live streams online for free.Match highlights and full match video will be available after the match.