Florent Malouda and Paulo Ferreira are just some of the players who will leave Chelsea this summer.Malouda and Ferreira are leaving the club after their contract expires at the end of the month, and the list of these players are alsoBenayoun, Turnbull and Hilario. 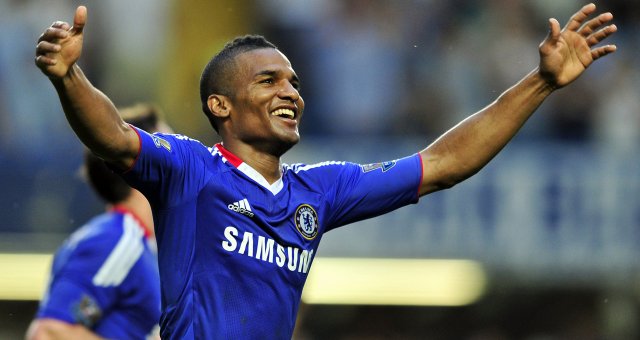 Malouda has played a last game for Chelsea in the Champions League final against Bayern Munich last year, when he entered in the second half.
Ferreira after nine years of loyalty to the blue jersey is leaving, while Benayoun has failed to convince the management of the club that he is worth of a new contract.As for the goalkeppers,departures of Turnbull and Hilario will definitely wake up the stories about the future of Thibaut Courtois.

Young Belgian spent last season on loan at Atletico Madrid, and has recently stated that he wants to remain in Spain.
Besides them, Chelsea also relieved of duty athree young players: Amin Affane, Abdul Aziz Deen-Conteh and Archange Nkumu.

But these probably wont be the end of Chelsea departure list, as the new boss, Jose Mourinho will try to sell few players, so he might land some new ones at the Stamfrod Brigde.