Chelsea to splash £ 90 million for Cavani and Hulk !?

Related Posts
You are here
Home › chelsea › Chelsea to splash £ 90 million for Cavani and Hulk !?

While Chelsea new boss, The Special One, Jose Mourinho, on Monday does not address the public through press conferences and thereby reveal his plans for next season, the British media splash waves of rumors ... 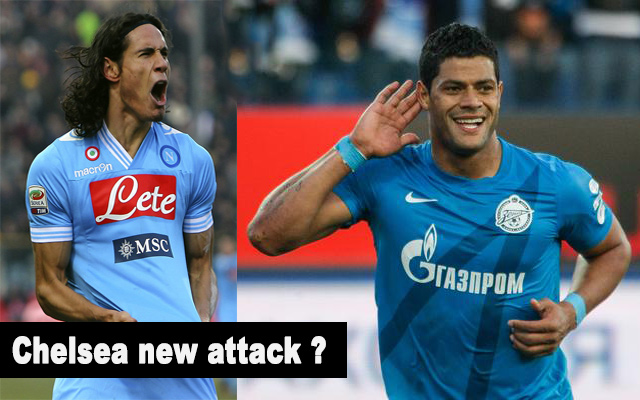 It is certain that the old-new coach at Stamford Bridge has recalled the 20-year-old Belgian center Romelu Lukaku. Football player who was a few years ago called a “copy” of Didier Drogba last season played on a loan at West Bromwich Albion, scoring 17 Premier League goals there.

– I talked with Mr. Mourinho who informed me that he wants me back at Chelsea next season. I’m not afraid. I am determined to succeed and prove it – said the Belgian who arrived at Stamford Bridge in August 2011th year from Anderlecht for 18 million pounds.

On the other hand, the French Le Parisien said that the Uruguayan center forward Edinson Cavani Chelsea accepted an offer after the London club decided to cover his 63 million worth clause.

Sunday Express, reports that the Portuguese has put aside 90 million pounds for Cavani and Hulk, while the Sunday Telegraph claims that Mourinho wants to strengthen the midfield with the 31-year-old midfielder of Real Madrid and the Spanish national team Xabi Alonso.

Other reports suggest that Chelsea is fighting a battle with Barcelona over Porto defender Mangala.