This is definitely one of the treats of the Champions League first round, because in the E groups will meet the current European champion, Chelsea and the Italian Scudetto winner from the last season, Juventus.

Extra charm to this match gives the fact that these two team have played four years ago in the second round of the same competition, and then Chelsea passed trough with a victory of 1-0 at home, while in Turin was a draw – 2:2. 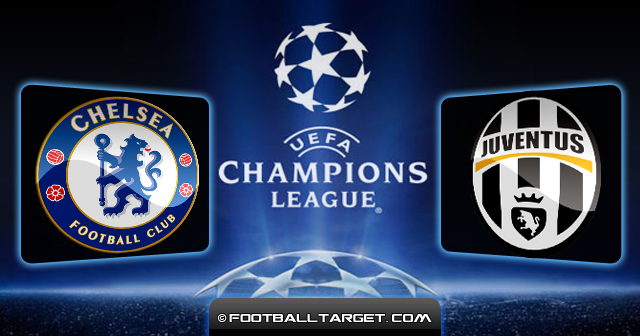 Blues from London last year somewhat sensationaly come up to so much desired trophy in the Champions League,which actually has given them an opportunity to play this year again in this competition, because they have finished the last season on the 5th place of the Premier league.

But now, Chelsea with much more ambitions has entered a new season of the Premier league, and in the first three rounds they achieve the same number of wins, while the last weekend as guests at city rivals QPR, they played only 0:0, which again was enough to maintain the leading position.

Otherwise before the start of the Premier league they played one more official match, the English Super Cup one, where they were defeated 3-2 by Manchester City, so generally speaking coach Di Matteo can be quite satisfied with the performance of his attackers, while on the other side in defense there is still much room for improvements.

In the recent match of the UEFA Super Cup, where they were defeated with even 4:1 from Atletico Madrid, this could be especially seen.In the Champions league match against a very strong and unpleasant Juventus most definitely they will need to devote more attention to improve their defensive segment.

Experienced defender Terry is set to return after serving red card suspension, while a young Bertrand again could play in the midfield to stop the dangerous attacks from Juvnetus wingers. For the end we can add that due to minor injuries offensive midfielders Mata and Marin are questionable,but Mata probably will start this match.

As for Juventus, a huge investments before the start of the last season in the end for them certainly paid off, because after many years, they finally manage to broke the dominance of the Milan clubs and they have won the Scudetto on a superior way.

Namely, “Bianconeri” in 38 matches played have conceded only 20 goals, which is certainly the main reason they finished the season undefeated.Of course, in this section we should mention the great contribution of coach Conte, who before the season came from Siena, and somehow along the way made a great blend of youth and experience, but this summer has been under scrutiny due to his involvement in match-fixing scandal, and at the end, together with his assistant Alessio was fined with a 10 months suspension.

Regardless of the fact that so far only the second assistant of Conte, Carrera is leading the team, “Bianconeri” are still very dangerous, which was best shown in the Italian Supercup, where Juventus defeated Napoli with 4:2, while in the first three rounds of the Italian Serie A ,Juventus enrolled three secure victory and currently with Napoli and Lazio they are at the top of the table with nine points.

Otherwise, this season the team from Turin mostly use 3-5-2 formation where certainly a crucial role plays strong defense and quick midfield, while in attack they are reliaing at speed and lucidity of Giovinco and Montenegrin Vucinic. In the end we can add that for this meeting will not compete injured Pepe and midfielder Padoin.

Match Prediction : Given that this new Juventus has become recognized as the team who rarely is losing, and also plays a very strong defense, and probably will not lose (x2)precisely because of it in the end we decided for the tip under 3 goals.

Watch Chelsea vs Juventus match live from our live streams sections.
Match highlights and full match video will be added after the match