The Second week of Premier League kicks this Saturday and The Blues will face another newly promoted side , Leicester City. Chelsea won on the opening week vs Burnley 3-1 , thanks to Ivanovic, Diego Costa and André Schürrle’s amazing goal which was and the best goal of the first week of Premier League. On the other side , Leicester City have made a nice debut  by earning a draw at home vs Everton. 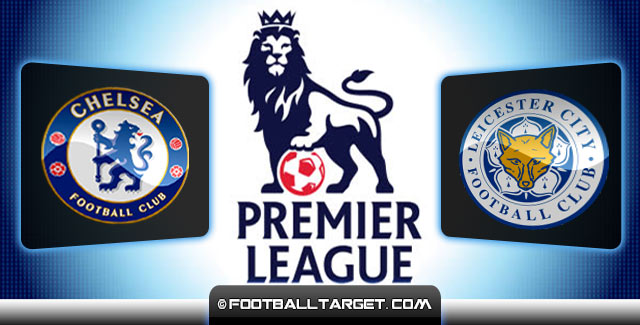 Chelsea
We’ve seen a new Chelsea against Burnley. Unlike the last seasons , Peter Cech has to sit down to the bench and let Thibaut Courtois make his debut. The Young Goalkeeper who joined Chelsea on 2011 , has made his first official appearance for Chelsea after spending 3 season on loan at Atletico Madrid. Well, this period has helped the Belgium International to become one of the best Goalkeepers in the world and probably the best one of his age. Courtois seems to be the number 1 for Chelsea this season even that Mourinho stated that he was number one only for 1 match, not for the whole season.

Mourinho still has some doubts on the defense. Chelsea bought Felipe Luis from Atletico this summer , but yet he did not make his debut for the Blues. The Brazilian which was considered for one of the best left-backs last season , is expected to start over Azpilicueta today. Meanwhile at the right side , Ivanovic who scored one goal and contributed one the other two goals last week, didnt convice Mourinho at his defensive duty. On the other positions , Jose Mourinho is expected to use the same names that he used vs Burnley.

Leicester City
Nigel Pearson’s side , who made their return to Premier League after a decade has made an impressing performance at the opening game of the season. They did draw vs Everton at their home. Goals were scored by Jose Leonardo Ulloa and a late goal by Chris Wood.

Leicester will have to face Chelsea without their best player, Danny Drinkwater. The Midfielder who was voted as the best player of the season last year on Championship, will miss the match after the injury he suffered at the opening game.