For the end of this 11th round of the English Premier league we have a big derby match between Chelsea FC and Liverpool,at Stamford Bridge. Chelsea perhaps justifies the role of favorites here because currently the Blues are on second place, while the guests from Liverpool occupy the 12 th position, and with as many as 12 points are behind Chelsea.

However, the “Reds” in the last two years have been much more successful in their mutual duels, as they celebrated in four championship matches and one in the League Cup, while Chelsea players were better only in May of this year in the FA Cup final,what is much important. 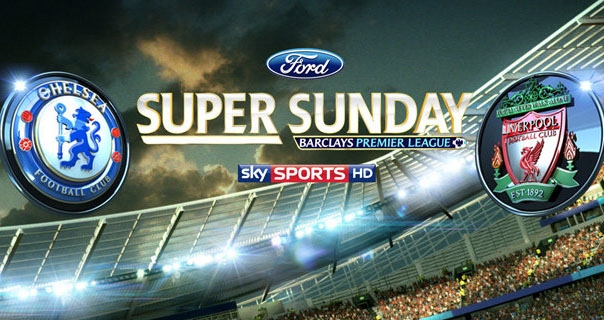 Chelsea now needs very much points from this match in the battle for the very top of Premier league, because after a blunder in the last two rounds,Man Utd has overtaken them and the gap currently is four points after yesterdays match against Aston Villa where Man United despite losing ,2-0,have managed to celebrate in the end with 2-3.

Exactly against Man Utd they Chelsea have lost 2-3 in the Premier league competition,however in a game where the main role was played by referee, who with few controversial decisions has directly affect the final result.

How much this match has shaken them,perhaps the best was reflected on their next match in Wales against Swansea where they have played only 1-1 and so lost their first place.

However, it should be noted that in the meantime the chosen of coach Di Matteo have got their revenge against Man Utd with victory in the second round of League Cup, while the last Tuesday in the Champions League with a lot of luck in the last seconds of match they come to great domestic triumph 3-2 over Ukraine’s Shakhtar.

Of course it is now expected that in a slightly better mood they welcome this match with Liverpool, especially after a suspension of four games in the team returns the captain John Terry, while still out of action are only experienced Lampard and Cole.

As for the team of Liverpool, we must point out that this season they have a lot of problems in the English Premier league, where after 10 league rounds currently they occupy the 12 th place on the table, while recently they have been relegated from the League Cup after a home defeat by Swansea.

However, a positive thing for them is that in the last five Premier league matches they are undefeated, which means they are slowly building their form, but again for a breakthrough into the top half of the table still they need more victories.

That’s why the coach Rodgers three days before in the meeting of the European League against Anzhi has rested almost a whole first lineup, which in the end was a reason for their defeat, but again on the hand for them went down well and the result of the second match in the group, so they are still in good position to eventually qualify for the next round.

However, for them, now is much more important this match with Chelsea ,because 12th place is not something with which fans and the club are satisfied.

As for the situation with the available players, it’s certainly a lot better their first goalkeeper Reina and defender Johnson are recovered, while out of action are still injured striker Borini, midfielder Lucas and defender Kelly.

Match Prediction : Another defeat is something what Chelsea players currently cant allow themselves.Home stadium,home fans should be enough for their victory.Chelsea to win