In the last Saturday’s meeting of the second round of the English Premier+ league will face two teams that last year until the end led the big battle for placements in Europe, while this season they opened on the best possible way. 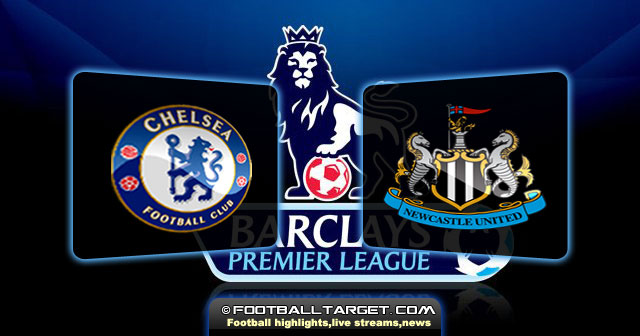 Otherwise, it is also interesting that for five years in their mutual duels did not celebrate the home team, while last year the guests even came up to some pretty easy victories.

This is exactly what should be one of the additional motives for “Blues” from London, who after winning the Champions League and FA Cup,have entered this Premier league season a lot more ambitious, and in the first two rounds entered two victories.

Namely, first at the opening of the season they came to a routine away 0-2 victory at Wigan (Full match video), and three days ago at home against Reading they celebrated with a 4-2, in an early third round match, due to their commitments next Friday at UEFA Supercup.

Otherwise, before the Premier league has started Chelsea played another official match, in the English Super Cup, where they were defeated by Manchester City with a 3-2, so generally speaking coach Di Matteo can be quite satisfied with the performance of teams attacking part, while on the other side ,defense there have much room for improvements.

This could especially be seen in this last game against Reading (Full match video Highlights), who at halftime even had a lead of 2: 1, but in the second half London Blues switch to gear up and managed overturn the match and win all three points which is very important for them in the battle for the top.

But to stay there, they need and Saturday’s triumph over Newcastle,who is very uncomfortable, and otherwise is the last team who managed to beat them at Stamford Bridge, so any relaxation especially in the last line,where once again wont be David Luiz, can be unpleasant for them.

On the other hand, in an attack part could be one change, considering that in a duel with Reading easy injury pick Ramires, and if he wont be fit for this match,Oscar will take his place.

We have already said in the introduction that Newcastle this season has opened with 2-0 victory, at home against Tottenham Spurs (Full Match VideoHighlights), which should raise them confident in front the match with another London´s club,Chelsea.

However, coach Pardew players must be very careful, because Chelsea started the season very well, so they will definitely open this match more aggressively and offensively , especially as ‘magpies’ are their big debtors of the past few seasons.

But the visiting players are also aware of their qualities and we believe they will not change anything special in their game, which is actually what last year brought them a great placement on fifth place.

Otherwise, how were satisfied by last season in Newcastle,is best illustrated by the fact that during the summer, they brough mostly young aspiring players, where only the former Ajax midfielder Anita a little stands out, but even he currently has no place in the first lineup.

On the other hand. “Magpies” this summer solve off several older and worn-out players, which only tells us that they strongly think on the future,and to avoid a blunders such as moving to a lower league.

From this match with Chelsea, Newcastle fans are expecting the most from their offensive duo Demba Ba-Papis Cisse and recovered by Ben Arfa, while due to injuries this match will miss only striker Ameobi and defender Coloccini.

Prediction : Altough Chelsea in the last four matches against Newcastle failed to win,if they want to get their revenge and keep up the step with other clubs for the top,they need to win this match.But Chelsea´s match with reading has shown lots of weakness in their defence.So except Chelsea win,it would be a good thing to play both team to score as well.

As well as other Premier league matches :

Match highlights and full match video will be added after the match.