Chelsea will host Southampton this Sunday at Stamford Bridge.The Blues will try to bounce back after being knocked out from the Champions League this midweek. On the other side Southampton will hope to get home a positive results against the Premier League leaders as they’re running in a bad form in the recent weeks. 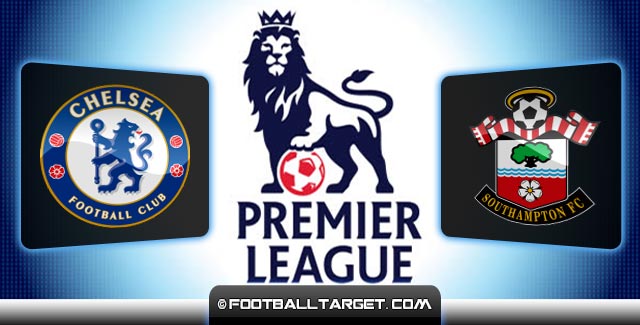 Chelsea
Jose Mourinho has backed his players to win the Premier League title after they were knocked out from Champions League this midweek. The Blues were eliminated on away goals as they drew 2-2 against PSG on extra time.

Mourinho’s aim now is only to win the Premier League title and they got a big chance of doing that , as they actually stand first with 63 points on 27 matches – having 5 more points than the runner ups , Manchester City.

Chelsea manager José Mourinho predicts his side will go on to win the Premier League title after their Champions League exit at the hands of Paris Saint-Germain.

The Portuguese will make some changes at the starting line up from the last match. Felipe Luis will replace César Azpilicueta as the Spaniard left back is tired since he played 120 minutes in the midweek clash against PSG. Gary Cahill will be replaced from Kurt Zouma as he will complete the defensive line alongside John Terry and Ivanovic. In the midfield the only change will be on the right wing as Cuadrado is more favorited to start instead of Willian.

Southampton
Southampton is running in a bad form of results lately as they have scored only twice in their last 6 games.The Saints have dropped to 7th position, their lowest position since August 2014.

Southampton manager, Ronaldo Koeman admits that he is jealous about Premier League bigger clubs, like Chelsea.”They have the best players, the most money.They have all players of international quality in their squads.” – stated Koeman/

“It’s always a bit jealous for the rest of the teams. Everton did it one time, Swansea went close to that and now we are close, but it’s not easy to reach finally that high position between the big ones.

The Saints have no injuries problems as Toby Alderweireld returns to the starting line up alongside Bertrand who will face his former club. Pelle will be the only one in Southampton attack, even though he failed to find the net on his last 11 games.